Now that the Trump Era is almost over…

Or at least now that his first run-through as president is almost over… (But see Trump’s Possible 2024 Bid Leaves Other GOP Candidates in a Bind.) So to repeat, “Now that at least the first incarnation of a Trump Era is almost over,” it’s time to start looking back. Which is what many of us do near year’s-end anyway. I Googled “why do we do year-end reviews” and found these two: How to Conduct a Year-End Review and Why You Need to Do it, and Why You Should Do a Year-End Review for Your Writing. Here’s a bit from the first one:

Ever since I began writing personal goals, December has been a month of reflection and planning. I tend to slow down, take a step back, and think about how I feel the previous year went. I take time to reflect on what I accomplished and what I want in the upcoming year.

Though HOLLY SCHERER did say “these check-ins are frustrating” some years, she added that still, such reviews are “opportunities to learn from my mistakes and find a better way.”

Then there’s the Review for Your Writing article. (And since I’m a writer I paid special attention to that. E.g., read about my recently-published e-book in “(Some of) My Adventures in Old Age.”) Anyway, this is what the writer Joe Bunting said about such year-end reviews:

A year-end review is about experiencing gratitude … that we made the choice to write instead of watch television or procrastinate… It’s important to note that this isn’t just a feel-good exercise. You can’t move forward – with your writing, your life, or anything else – if you haven’t made peace with where you’ve been.

Which is what I’ll be doing a lot of in the remaining three-or-so weeks of this eventful “Year of Our Lord” 2020. But we were talking about “Now that the Trump Era is almost over…”

Which makes this a good time to go back and review some early posts I did on Donald Trump. And – possibly – some of the hopes I had for him. Like that he might turn out to be the “closet liberal” Ted Cruz once suspected. (See Cruz: Trump [is] a ‘rich, New York liberal,’ 2/26/16.)

One early post with an allusion to Donald Trump came in October 2016, “No city for Grouchy Old White People.” (Part I.) In it I described a summer visit to New York City, with a family-base in Staten Island. One thing I noted was that – in that summer of ’16 – the City was a “refreshing reminder that there’s more to this country than just the right-wing wackos so prevalent back home.” (Trump’s campaign was heating up.) I quoted a Facebook post from September 22:

Which was either irony or sarcasm. (I often get those two confused.) Anyway I ended Part I by noting that with all its diversity and relative tolerance, “the Big Apple is ‘No city for Grouchy Old White People.’” (Who seemed to be so prevalent, “back home” and elsewhere.)

I followed that with “No city for Grouchy Old White People” – Part II. I noted that on our many rides on the subway and Staten Island Ferry, “we did a lot of people-watching, of the ‘passing panoply.’” And especially on the crowded subways, we listened “to all kinds of languages spoken by all kinds of different people.” Which was one thing making the visit so refreshing… 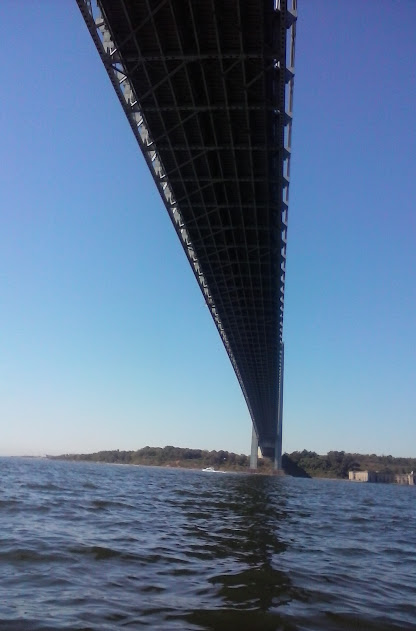 And just as an aside: The day we left to go our separate ways – Thursday, September 22 – I kayaked across the Verrazano Narrows. Mostly following the Bridge of the same name, and here’s a picture “down below” to prove it. I took it half-way back to Staten Island. Note that the waters are choppy, and in fact WAY choppier than when I started. It only took 20 minutes to get from Staten Island to Brooklyn, so I toyed with the idea of cruising along the Atlantic side of Brooklyn awhile. But I headed back while still fresh, as detailed in “Part II.”

Anyway, getting back on topic: I ended Part II with a zinger about the kind of people – I feared – who would end up voting for Trump as president. I took the photo below during our visit to the Museum of Natural History, on September 19. And added, “With all the talk of politics lately, I figured this would be a good one size fits all insult, for whatever political opponent you may have in mind.” (Though I knew the kind of political opponent I had in mind.) I then wrote: 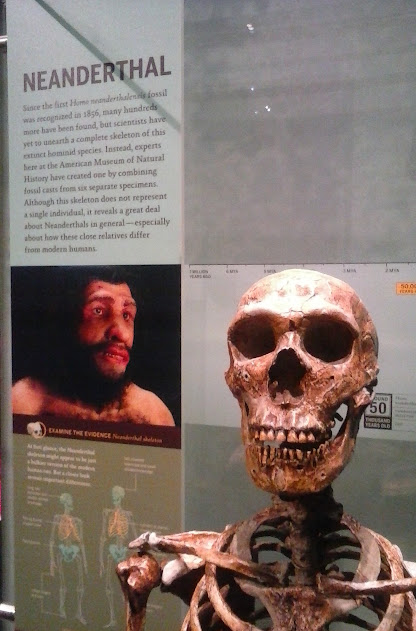 The upper image is courtesy of Looking Back The Past Year – Image Results. The image accompanied an article, “Inspiring Quotes to Start Off the New Year in 2019.” (How innocent we were…)

I took the above picture on September 19. Note that I reviewed this Summer of 2016 visit in Looking back on “the summer of ’16,” last February 2020. One final note: I’ll be doing more Trump’s-end and year-end postmortems in the remaining weeks of December 2020, and possibly beyond!