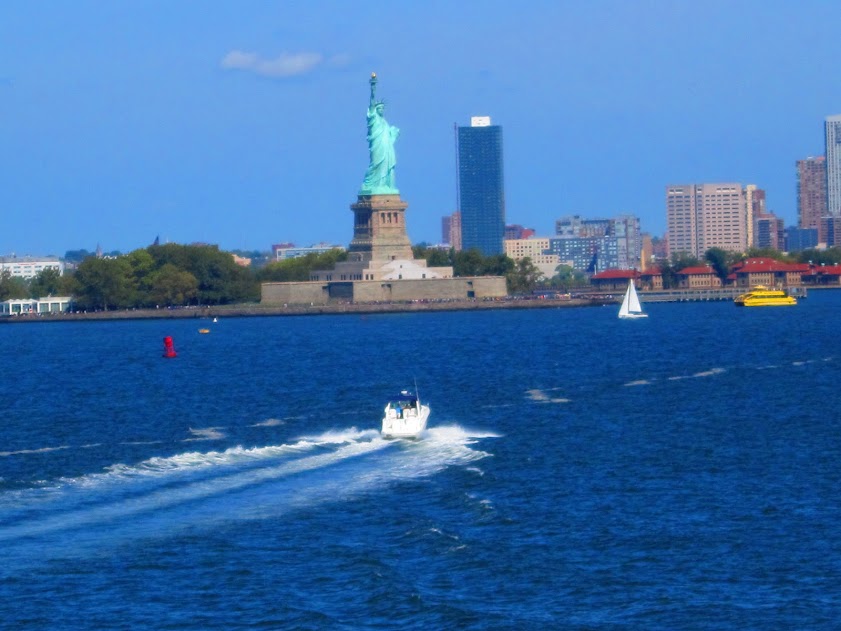 “Liberty Enlightening the World…”   (Before all the talk about “Building a Stinkin’ Wall!”)

The title of this post is a take-off on the film, No Country for Old Men.

(Which was – by far – the worst movie I’ve ever had the displeasure of sitting through.  I waited – in vain and what seemed like hours – for the movie to show some glimpse of “redeeming social value.”)

And incidentally, the title of that furshlugginer movie came from the opening line of William Butler Yeats‘ famous poem, “Sailing to Byzantium.”  In turn, one theme of the movie – according to Wikipedia – was that more and more, “things are out of alignment, that balance and harmony are gone from the land and from the people.”

Which certainly could describe the dynamics of today’s political scene.

But – Wikipedia added – the movie is also “a lament for the way the young neglect the wisdom of the past and, presumably, of the old.”  The wisdom of old people that is.

Of course it might help if more of “the old” weren’t so ^%#$ grouchy all the time!

Then too, what passes for wisdom – from way too many people my age – is simply a rehash of the cliche that’s been around for millenia:  That the world is going to hell in a handbasket. 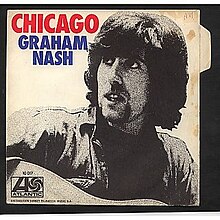 Which is ironic.  That’s because people my age are Baby boomers, and once upon a time we told ourselves we were going to “change the world.”  And yet, here we are – way too many of us – mouthing the same old “negative vibes, man!”

(Which is itself a negative vibe, but that’s a whole ‘nother story.)

But we digress…  My point is this:  “New York City is a refreshing reminder that there’s more to this country than just the right-wing wackos so prevalent back home in ‘The Bubble.’”

That’s what I wrote on my Facebook page on September 22.  That entry also included this:

Of course much of the time I did feel like I was surrounded by a bunch of “furriners” in the Big Apple.  (Not unlike the Willie-and-Joe cartoon at left.)  And they all seemed to be speaking every language but English.  But that brings up another – ongoing – theme of this blog:  That unless you step out of your comfort zone on a fairly regular basis, the chances are you’ll wind up as just another GROUCHY OLD PERSON!

And who wants to be just another cliché?

And by the way:  That September 22 Facebook post was also when I wrote that my next offering in this “Wasp” blog was going to be titled, “No City for Grumpy Old White People!”  (I changed it to “grouchy,” as more fitting.)

And finally – I noted back on Facebook on September 22 – it had been “a long day, but fun.  And I’ve had my usual one beer at the South Manhattan Terminal,* then another one on the Ferry itself, and I’m now finishing my third of the night, a ‘Corona Extra.’” 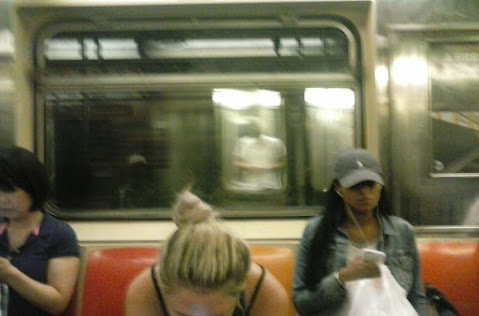 Which brings up the fact that we spent a lot of time on the subway, as well as the Ferry.  And traveling on either one can be an especially bad idea during rush hour.  That’s when it seems like everybody in New York City is on the subway (or the Ferry), and in a big rush.

And that’s not to mention being all crowded in – in to the subway especially – and hot, sweaty and disgusting.

But every once in a while you might catch a break and find one of those liminal moments.  For example, what caught my eye in the photo above right – aside from the obvious – was the separate train running parallel to ours, leading to “multiple images.”

I figured there was some kind of symbolic message there.

Then there was the Saturday night – September 17, our first night in the city – when we took a double-decker tour bus.  It was scheduled to head down Sixth Avenue toward downtown Manhattan, then over to Brooklyn.  But the bus was late, and so first one line of passengers and then a second – our line of passengers – had to wait patiently for our bus tour to start. 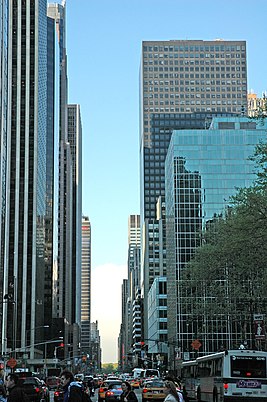 At the time I was texting my on-and-off-again Dulce, back home.  I was describing to her our progress through town,  when she texted back, “Explosion reported in New York..  be safe.”  Which made me one of the first on the bus to find out about the story, “New York City explosion rocks Chelsea neighborhood.”

The thing is, when the bombing happened – apparently – we were still back in that long line to get on the tour bus.  And at the time we were kind of disgruntled about the long delay.  But as it turned out, the delay meant that we DIDN’T drive by right as the explosion happened.

From which an object lesson or two might be gleaned…

I’ll continue this travelogue in Part II.  But I’ll close out this Part I with an example of why – it seems to me – the Big Apple is “No city for Grouchy Old White People:”

Back home this would come under the heading TMI!

I took the photo at the top of the page on our first trip into NYC, via the Staten Island Ferry.  You can tell it’s Saturday (9/17) because of all the pleasure boats clogging the harbor.  For more on the Statue see Statue of Liberty – Wikipedia, the free encyclopedia.

Re:  “Change the world.”  The song – written by Graham Nash – was originally titled “Chicago.”  It referred in part to the riots at the 1968 Democratic National Convention in Chicago.  The “chorus contains the lines: ‘We can change the world./ Rearrange the World.’” (See Wikipedia.)  Which begs the question:  “If we were going to ‘change the world,’ what the hell have we been doing all these years?”

Re:  The “South Manhattan Terminal.”  As Wikipedia noted, the formal name is “Whitehall:”

The ferry departs Manhattan from the Staten Island Ferry Whitehall Terminal at South Ferry, at the southernmost tip of Manhattan near Battery Park.  On Staten Island, the ferry arrives and departs from the St. George Ferry Terminal on Richmond Terrace, near Richmond County’s Borough Hall and Supreme Court.

Re:  “Liminal moments.”  My first thought was to describe the timing of the subway photo as a “subliminal moment,” but further research led me to Liminality – Wikipedia.  One definition therein described such a moment as a “fluid, malleable situation that enables new institutions and customs to become established.”  Wikipedia added that the term has “passed into popular usage, where it is applied much more broadly, undermining its significance to some extent.”   I would define the term – used here – as when you see a photo worth taking, with lots of hidden meanings…

I took the lower-image photo at the “Staten Island Ferry Whitehall Terminal at South Ferry,” the afternoon of Wednesday, September 21, our last day in the City.  We left earlier than usual, both to avoid the usual rush-hour hubbub, and because the hubbub that day was going to be worse than usual.  See Obama, traffic woes arrive in New York for United Nations General Assembly:

[H]ello actual gridlock.  President Barack Obama left Washington, the city where nobody gets along, and arrived Monday in New York, the city where – for the next two weeks – nobody will be able to get around midtown.  Obama is the headliner at the 68th United Nations General Assembly, an annual gathering that means world-class traffic woes in Manhattan.