This blog is modeled on the Carolina Israelite.  That was an old-time newspaper – more like a personal newsletter – written and published by Harry Golden.  Back in the 1950s, people called him a  “voice of sanity amid the braying of jackals.”  (For his work on the Israelite.)

That’s now my goal as well.  To be a “voice of sanity amid the braying of jackals.”

Originally the term referred to “Texas lawyer Samuel Maverick, who refused to brand his cattle.  The surname Maverick is of Welsh origin, from Welsh mawr-rwyce, meaning ‘valiant hero…”  As an adjective the term applies to someone who shows “independence in thoughts or actions.”  As a noun the term means someone “who does not abide by rules.”  Either that, or someone who “creates or uses unconventional and/or controversial ideas or practices.”

That post also asked the “musical question:  ‘Can you say prescient?'”  (That question concerned a candidate for president who – in 1998 – showed “a malignant understanding of how angry words, more than real ideas, can be deployed as weapons of power.”  And it wasn’t Donald Trump.*):

[R]epetition – invoking the same foul claims over and over – can transform outrageous lies into popular understandings.  He blithely changes his facts, positions and personae because he is making it up as he goes along and assumes no one will catch up with the contradictions.  Beneath the mask of conservative idealogue is an amoral pragmatist.

So, we’re now two years into Donald Trump’s presidency, and there are some things all Americans can agree on:  First, that Trump “creates or uses unconventional and/or controversial ideas or practices.”  And second, that he “does not abide by rules.”  But the question remains whether he is a “rebel,” as the old “Johnny Yuma” TV series defined that term:

Yuma faced down intolerance, distrust, greed, confusion and revenge.  Despite his rebellious nature, Yuma respected law and order and despised abuse of power.  He stood up for the weak and downtrodden.  He traveled alone and was often forced to work alone because he was the only one willing to stand up to the bad guys. (E.A.)

I wrote of the irony of Trump being seen as a hero by the average blue-collar worker.  Then I imagined a future folk singer – a “dulcet-toned lass” – comparing Trump to Joe Hill, as immortalized by Joan Baez at Woodstock.  (“I dreamed I saw Joe Hill last night…”)  The post cited a pre-election article saying if Trump lost, the “millions of Americans supporting him will feel more isolated and disillusioned than ever before.”  Which raises the question today, “Are those millions of Americans better off now that Trump got elected?”

[M]illions of Americans [have] looked to Trump to save them.  These folks … the angry, white, blue-collar workers who are outraged or terrified that America has become some topsy-turvy multi-cultural nightmare where a hard-working man cannot make a decent living … will emerge from this circus worse off than before [had Trump not been elected…]

Put another way, has Trump “stood up for the weak and downtrodden?”  Has he delivered the goods for the millions of “angry white blue-collar workers” who looked to him for salvation?

Or – instead – Is this (just)“deja vu all over again?”  (Another post from 2016.  That one noted the “brittle, bitter climate of distrust in national politics today:  the loss of civility amid endless personal accusations, the stalemates that develop on issue after issue when both sides are unable to approach the grounds where reasonable compromise can occur.”  And that was in 1998!)

And about that name, “the Donald.”  It turns out it got started by Ivana Trump‘s “broken English,” then got a boost – from all people – a writer at The Washington Post.

If Trump turns out to be as bad as people expect – based on how he presented himself, both in his campaigns and in office – fully 75% of the country could be strongly against him by the time of the mid-term elections in 2018.  Which could turn out to be a single-issue race. 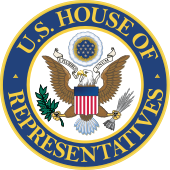 The prediction – based on analysis by a number of pundits – hasn’t yet come to pass.  Though in some respects the 2018 mid-term elections were a single-issue race, at least for the House.

It first quoted Professor Allan Lichtman, who predicted in September 2016 that Trump would win the election.  But he went on to say Trump would be impeached, but not by Democrats.  The Republicans – he said – would much rather have Mike Pence as president, as “far easier to control.”

They don’t want Trump as president, because they can’t control him.  He’s unpredictable. They’d love to have [Mike] Pence – an absolutely down-the-line, conservative, controllable Republican…  “Pence in the White House would put a more trusted establishment Republican in the job.”

That hasn’t come to pass either, but that post went on to ask:  “In light of Donald Trump’s chameleon-like shifting political positions – especially since last Tuesday – will he eventually be seen as an ‘effective elected official,’ or a funhouse showman?”

The jury’s still out on that one…

But the part I remember was the “Gump-like” surprise of the election itself, which led one well-known American icon to ask:  “Are you telling me Donald Trump just got elected president?”

Re:  The “angry words” candidate who wasn’t Donald Trump.  It was actually Newt Gingrich, as detailed in the November 12, 1998 edition of Rolling Stone magazine.  See the May 9, 2016 post, Is this “deja vu all over again?”

Re:  The November 8, 2016 post:  “He’ll be impeached within two years.”  It includes a screwed-up image to the right of the opening paragraph that I wanted to delete but couldn’t figure out how.

I wanted to close the post with the Calvin and Hobbes [cartoon] for July 07, 1995, but couldn’t cut and paste it.  The punch line was “enmity sells,” and it seems to have been an on-the-mark foreshadowing of Trump’s style of governing.   (Check it out yourself…)