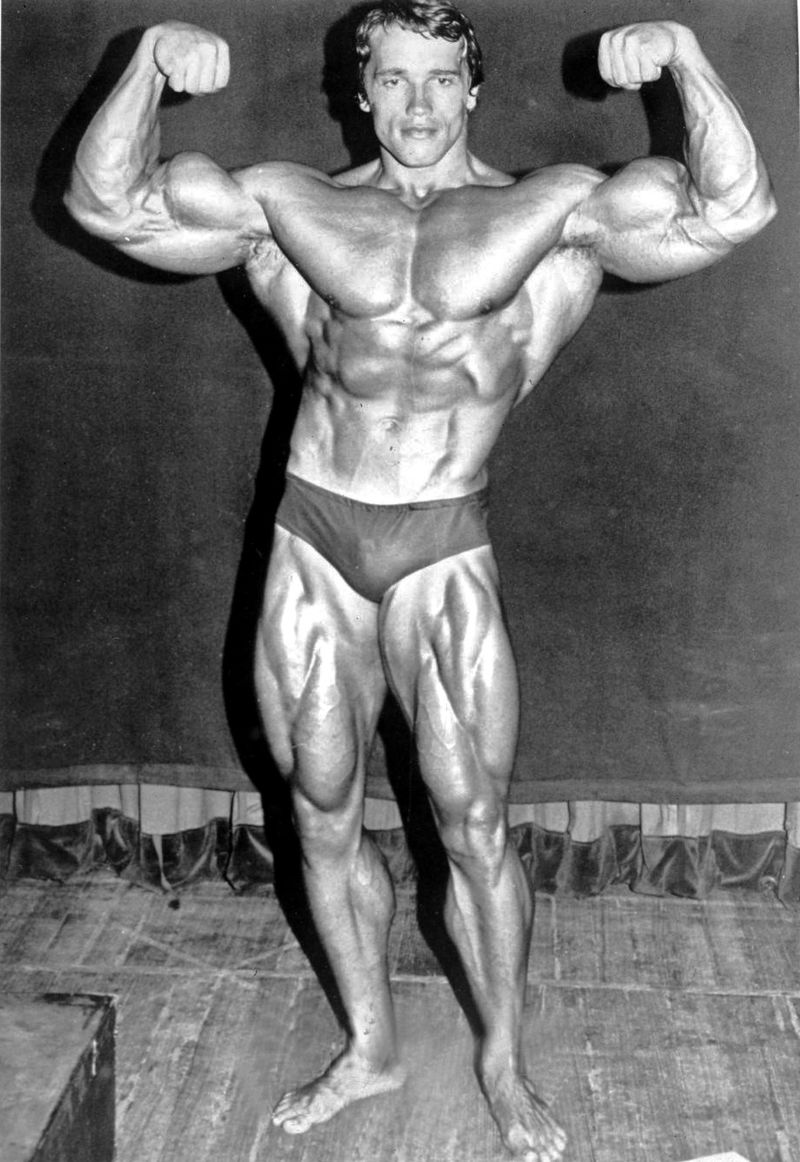 No, I don’t want a Schwarzenegger body.  At age 67, I just want to stick around a while yet…

I recently flew back from Newark to the ATL.*

The Southwest Airlines in-flight magazine had a full-page ad for M-drive.   The ad was for a “daily supplement designed specifically for men.”  Since I just turned 67, it piqued my interest.  (For reasons including some noted in Part II.  Like I said, I want to stick around awhile.  And maybe run into a cute “young” 60-year-old, like the one shown at left.)

As It turned out, M-drive wasn’t my cup of tea.  But the ad did get me thinking.  (Supplements and such.)

So I did some Googling and came up with this:  The Top 10 Supplements for Men – menshealth.com.

A side note:  I was already taking a multivitamin and Glucosamine Chondroitin, both via “gummies.”  (Despite my dentist’s warning that “gummy vitamins” – like Halloween Candy – can “pull your fillings out and crack your crowns.”  But I’m careful, and essentially “gum the gummies.”)

Also Vitamin D3, on doctor’s orders.  (Which is ironic since I am and have been in the sun a lot.)

So here’s what Menshealth said, and what I’ve gotten  “extra,” and how much it all costs.

1.  BORON TO PROTECT YOUR PROSTATE

This note got me really thinking, since my brother and father both got prostate cancer.

The site said men with high boron levels are “65 percent less likely to develop prostate cancer than men with lower levels.”  It added that American men on average have one of the lowest boron intakes in the world.  The site recommended 3 milligrams (mg) a day, and added that it “doesn’t just fight cancer:  USDA researchers found that this is the best dosage to improve memory and concentration.”  (Which I could definitely use.)

As it turned out, I could get most of my supplements straight out of the local General Nutrition Center.  (This was after trying – without success – to buy them at some local “hypermarkets, discount department stores, and grocery stores.”  It seems they cater more to the trendy – if not gullible.)

However, the local GNC didn’t have Boron on hand, so I had to special order it.  Online, it cost $6.41, including shipping, for a bottle of 100.  That worked out to under seven cents a day.

Menshealth said most men don’t get the recommended 1,000 mg of calcium a day.  (And that a cup of milk only has 300 mg.)  It added that men with the highest calcium intakes weigh less on average than men consuming less calcium. 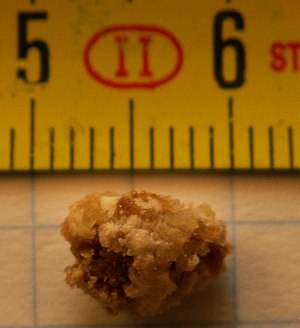 How much?  The site said to aim for 1,200 mg calcium citrate; “half in the morning, half at night, to maximize absorption.”  It also said to avoid coral calcium, because of impurities.  But here I made a misstep.  The first “calcium” I got was calcium phosphate, at the local hypermarket.  But it turns out calcium phosphate increases the danger kidney stones.  (As seen at right.)

So I ended up getting calcium citrate “soft chews” from the same local GNC, at $30 for 60 “chews,” each 500 mg.  But I ended up opting to take only one of these day.  For one thing, I don’t want to risk one of those dang kidney stones.  For another I get some calcium – of the right kind – from my morning cheese and multivitamin, and other sources as well.  Plus of course it’s cheaper taking one.  That ends up costing 50 cents a day, and I still increase my calcium substantially.

Number 3 on the list – Chromium – is covered adequately by my multivitamin.

Here I found a real bargain, as noted below.

But first, Menshealth said your body naturally produces Coenzyme Q10, which helps cells manage your body’s energy supply.  However, “as you get older, production decreases,” and the only way to “get back up to youthful levels is by taking a supplement.”

Recent studies suggest that coenzyme Q10 may fight cancer, Parkinson’s disease, and Huntington’s disease, and may thin the blood to help prevent heart disease.  Q10 is also packed with free-radical-fighting antioxidants, which can slow the signs of aging.

How much?  Menshealth said researchers recommend 100 mg a day, but you “won’t find Q10 in a multivitamin or get any useful quantity from food.”  And that’s where I lucked out.

5.  CREATINE TO BOOST MUSCLE AND MEMORY

As  Wikipedia noted, Creatine “can increase maximum power and performance in high-intensity anaerobic repetitive work (periods of work and rest) by 5 to 15%.”  But I put the kibosh on this one.  After visiting both Walmart and the GNC, this one looked like too much trouble.  (What with having to mix it with whey, and thus being a bit too “body-builderish.”)

The verdict:  “NOT interested.”  Getting older, I’ve moved to low-weight high repetition strength training, since a big benefit of “using light weights is the diminished risk of injury.”  Which I came to appreciate recently.  I “tweaked” my right shoulder lifting a bag of garbage I’d always handled easily before.  It took a month of rehabilitation and a couple of sleepless nights to work through that one.  And I came to appreciate not being able to raise your right arm.

So as they say, “Discretion is the better part of valor.”  As they also say, “To be continued…” 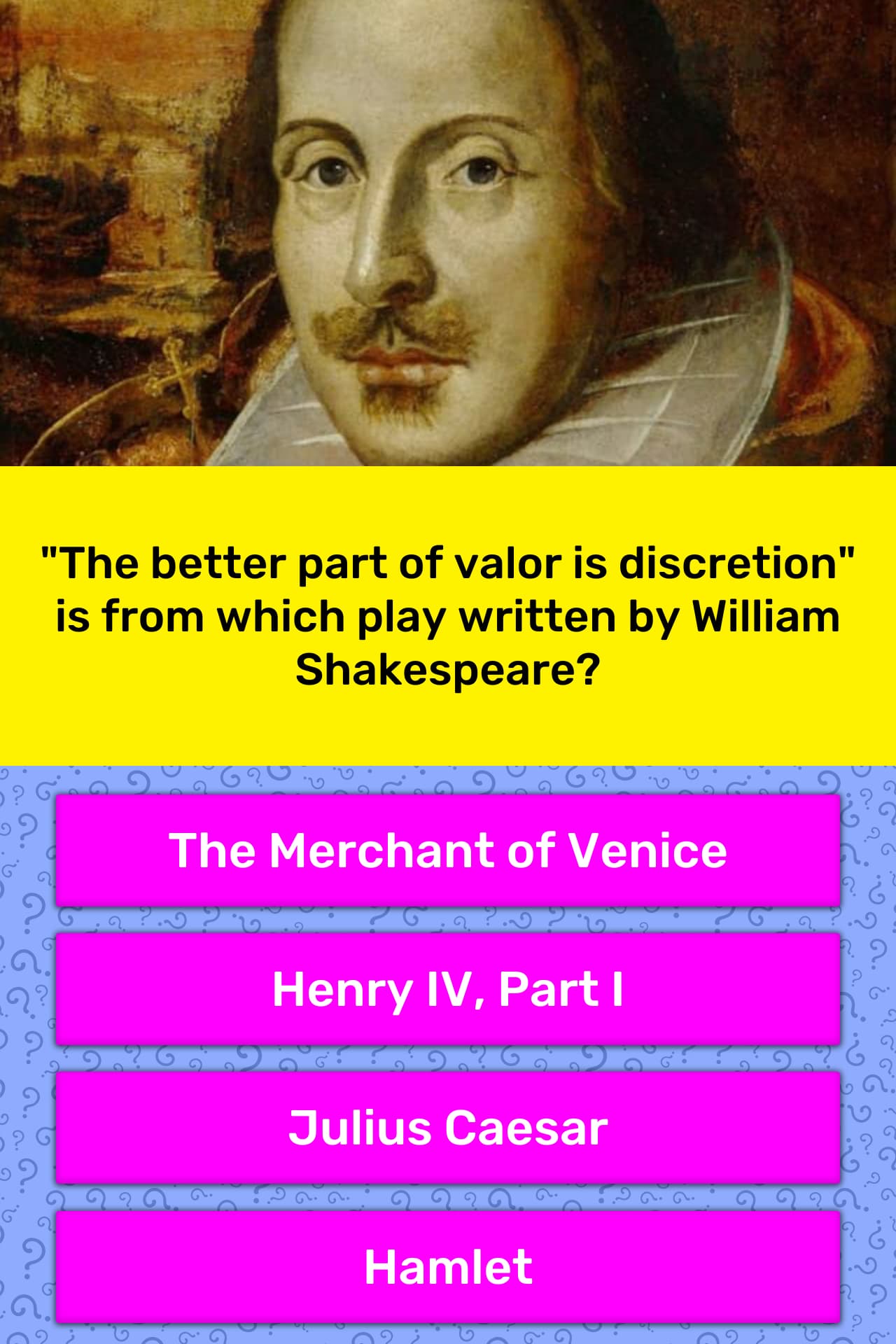 The “hypermarkets, discount department stores, and grocery stores” is from Walmart – Wikipedia.

Re: Whey. See Why You Should Take Whey Protein, Creatine, And Glutamine.  (“Bodybuilding.com.”)

In the original (2018) post, a lower image was courtesy of Creatine Body – Image Results. (Re: the sentence “not interested” in that supplement.) For this update, the lower image is courtesy of Discretion Is The Better Part Valor – Image Results. Answer? “Henry IV, Part 1 Act 5, Scene 4,” from Discretion is the better part of valor (bardwords.org), and What is the meaning of Falstaff’s motto, summarized, “the phrase ‘the better part of valor is discretion’ means that the best sort of courage – the kind that constitutes true bravery instead of recklessness – is courage that is guided by wisdom (discretion). Bravery applied blindly without caution and wisdom is meaningless.”