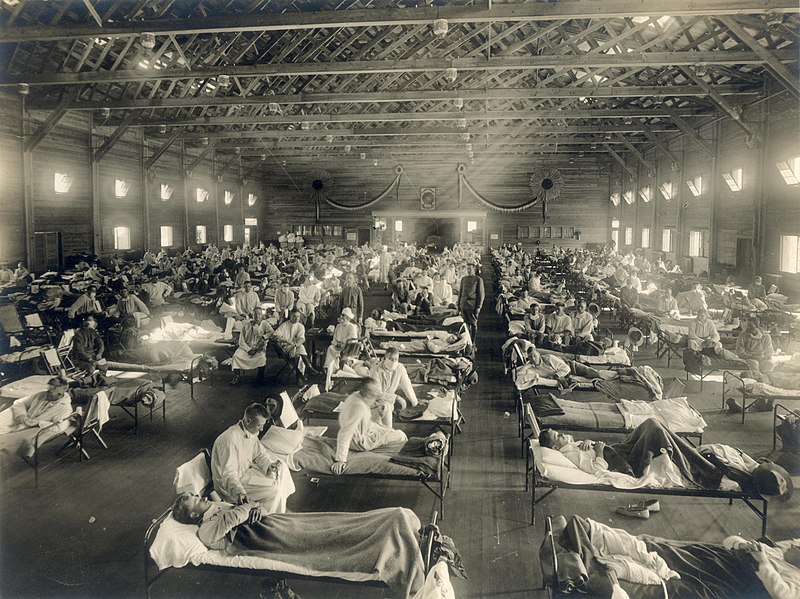 A sign of things to come, or déjà vu? “Soldiers from Fort Riley, Kansas, ill with Spanish flu…” 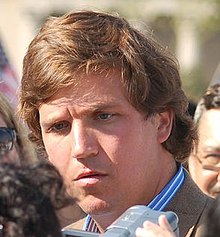 Back in mid-March (a month ago), we had a politically incorrect dust-up over the term “Chinese coronavirus.” See Tucker Carlson (at right): Racist for saying “Chinese coronavirus?”  (Another note: Coronavirus spreads anti-Chinese racism, xenophobia concerns.)

But aside from raising the twin concerns of spreading baseless “Conspiracy Theories” – and Scapegoating – the hubbub brings to mind another arguably “racist” disease: the Spanish flu pandemic of 1918.

Two points. First, it was only called “Spanish flu” because Spain was the only major country that didn’t lie to its own people. That is, Spain didn’t censor bad news about the disease. Every other major country kept its citizens in the dark, lest their people panic.  (And maybe buy out all the store-stocked toilet paper?)  In plain words, they lied to their citizens and voters.

The other point? This one either puts things in perspective or gives us a preview of whatever bad news may be yet to come. For starters, as of April 15, 2020, there were some two million cases of Covid-19 worldwide. Coronavirus updates: COVID-19 cases top 2 million worldwide. To give us some perspective, the 1918 Spanish flu infected some 500 million people worldwide, making it “one of the deadliest pandemics in human history.”

Lasting from January 1918 to December 1920, it infected 500 million people – about a quarter of the world’s population at the time.  The death toll is estimated to have been anywhere from 17 million to 50 million, and possibly as high as 100 million…

(See Wikipedia.  And as “noted” below,* if the present Covid-19 pandemic were to have a similar impact – in terms of population percentage – we’d have some 2,025,000 American deaths.)

Also – incidentally – the Spanish flu didn’t start in Spain. (No conspiracy theories please.) It got the name “Spanish flu” only because Spain was neutral in World War I. (Which was slowly coming to an end at about the same time.) That meant Spain didn’t censor the bad news about the disease. The nations actually fighting in World War I imposed strict censorship:

To maintain morale, World War I censors minimized early reports of illness and mortality in Germany, the United Kingdom, France, and the United States. Newspapers were free to report the epidemic’s effects in neutral Spain, such as the grave illness of King Alfonso XIII, and these stories created a false impression of Spain as especially hard hit.  This gave rise to the name Spanish flu.

Another note: “The Spanish flu was the first of two pandemics caused by the H1N1 influenza virus; the second was the swine flu in 2009.” (Speaking of déjà vu.)

And also speaking of deja vu, see the web article, America relearning the lessons of the 1918 Spanish flu pandemic.  One big lesson?  Social distancing works, “but only when it’s imposed early. And it has to be sustained.” See US may have to endure social distancing until 2022 if no vaccine is quickly found. But the Number One lesson from the 1918 Spanish flu?  (According to the Fox News article.)  “Number one, give people the straight facts.”

And let the toilet-paper shortage fall where it may.

But there is one silver lining to this “Corona-cloud overhanging us.” Covid-19 has cut down on the number of mass shootings in the U.S. See  March 2020 was the first March without a school shooting in the U.S. since 2002, and Coronavirus Stopped US School Shooting In March.

Just compare the image below with the same one from a year ago, in May 2019… 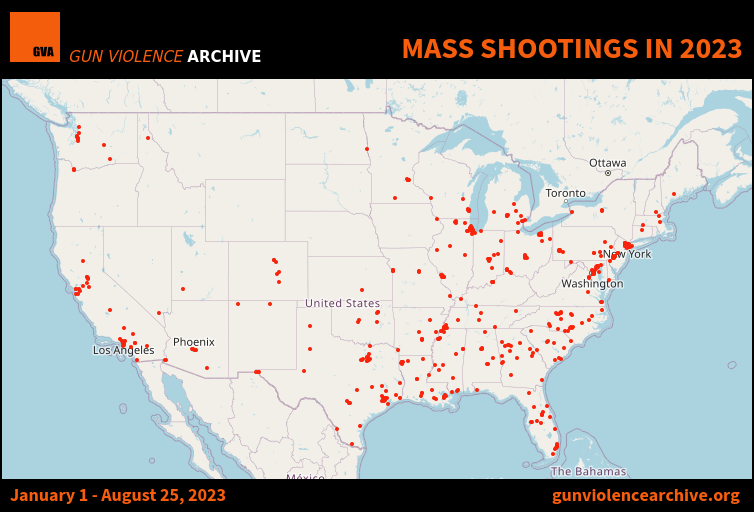 The upper image is courtesy of Spanish flu – Wikipedia. The caption: “Soldiers from Fort Riley, Kansas, ill with Spanish flu at a hospital ward at Camp Funston.”

The Carlson image is courtesy of Tucker Carlson – Wikipedia. Caption: “Immigrants’ Rights Rally in Washington Mall, 2006.” And BTW: Why not call it the “Trump Coronavirus?”

Nearly a century after the Spanish flu struck in 1918–1920, health organizations moved away from naming epidemics after geographical places. More modern terms for this virus include the “1918 influenza pandemic,” the “1918 flu pandemic,” or variations of those.

The image to the left of the paragraph beginning “As for deaths” is courtesy of 2019–20 coronavirus pandemic – Wikipedia. Caption: “Public venues like this playground in Hannover, Germany, have closed throughout the country.” 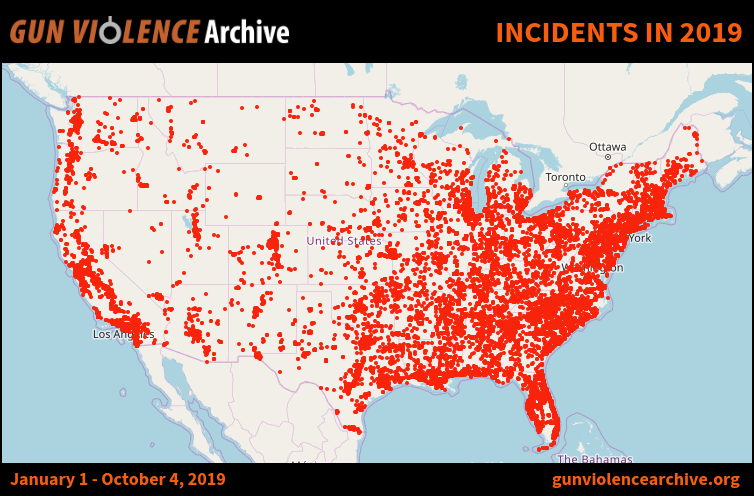 The lower image is courtesy of Mass Shootings in 2020 | Gun Violence Archive. As noted, compare that with the “incidents in 2019” lead image for “Trump’s” mass shootings, from May 2019, shown at right.