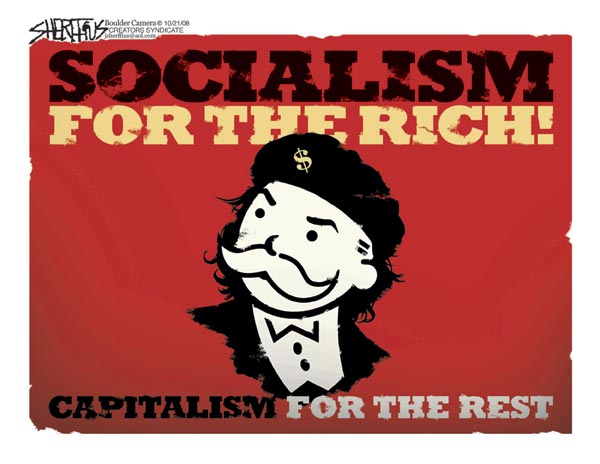 One random thought about “Socialism,” from back in March – before the Floyd protests began…

This blog is modeled on the Carolina Israelite. That was an old-time newspaper – more like a personal newsletter – written and published by Harry Golden. Back in the 1950s, people called Harry a  “voice of sanity amid the braying of jackals.”  (For his work on the Israelite.)

We’re now in the “12th full week of Covid-19.*” And aside from that, we now have the George Floyd protests to process. (Based on his May 26 death.) Which is another reason I  haven’t checked Facebook lately. (Who needs more aggravation?) But I do try to post on a regular basis, and my last post was on May 24. In it I harked back to This time last year – in Jerusalem! (Featuring the photo at left.) And yes, I suppose it was an exercise in escapism.

This past fall I got in touch with some former students in my high school class of 1969, through Facebook. And was surprised at how many of them had become grumpy old geezers. As evidenced by the many grumpy, whiny and negative posts that way too many of them put on Facebook. (Which is why I learned the magic of “unfollowing” rather than “unfriending.”)

For example, many former classmates – once all full of happiness, hope and hormones – now refer to any political persuasion to the left of Attila the Hun as “Socialism.” Yet another favorite Facebook topic has to do with Social Security. And how it’s not an entitlement. One typical comment:  “I earned it, I paid into it, and nobody is going to take it away from me!”

Which led me to do a little research…

Which brings up the difference between life expectancy in 1970, compared to 2020: A full “extra” eight years. Which means that  you – my typical Old Geezer high-school classmate – are getting a “free” eight years of Social Security benefits. In other words, for at least eight years of your life – assuming you make the “expected” life span – YOU’RE GOING TO BE A SOCIALIST!

In other words a mooch, a freeloader, or whatever other label you want to use…

Which led me to ask whether Social Security itself is a form of socialism. One answer:

it seems fair to call the Social Security program a form of socialism. The program requires workers and their employers, along with self-employed individuals, to pay into the system throughout their working years. The government controls the money they contribute and decides when and how much they get back after – and if – they reach retirement age.

See Are Social Security Benefits a Form of Socialism? On the other hand, there’s the Libertarian view, if not the “traditional conservative” view. See for example The Socialism of Social Security – The Future of Freedom, an article by Jacob G. Hornberger.

Hornberger started off noting the irony of Trump and his fellow conservatives “excoriating” Democrats as Socialists, when he and his Republicans, along with their “Democratic cohorts, are fierce advocates of America’s premier socialist program, Social Security:”

Our American ancestors … understood that once people go onto the government dole, they become dependent on it. Many seniors today are convinced that without the dole, they would die in the streets. Many of them have also become docile and passive in the face of grave government wrongdoing because they fear that the government will cancel their dole if they protest governmental misconduct too vociferously.

Hornberger concluded, “Freedom and voluntary charity versus socialism and mandatory charity… Which one is better? I’m a libertarian. The answer is a no-brainer for me.”

And incidentally, Hornberger noted that conservatives don’t like “us Libertarians.” Why?  “We make them confront their life of the lie. We make them see that they are just as socialist as the socialists [Democrats] they love to decry.” Which sounds about right to me.

Also incidentally, just this past June 2 Hornberger posted Trump and His Standing Army.

He started off noting President Trump’s “warning to state governors that he is prepared to send his military forces to quell violent protests in cities across the land.” Which – he said – was precisely “why our ancestors had such a deep antipathy toward standing armies.” Another warning: “When it comes to shooting American protesters, make no mistake about it: Soldiers will do their duty… If their commander-in-chief orders them to fire on protesters, they will fire on protesters.” (But see Trump Privately Backs Off From Sending Troops Into States Amid Unrest.)

Hornberger included quotes from both our Founding Fathers and President Eisenhower, on the original intent of a limited-government republic, with No Standing Army. “A standing military force, with an overgrown Executive will not long be safe companions to liberty.”

He concluded, “Under President Trump, the American people might yet experience the hard way what the Framers, our ancestors, and President Eisenhower were so concerned about.”

And he may have a point…

Two days after Hornberger’s Standing Army post came this: Unidentified prison agents patrol DC amid protests. Put another way, “Heavily armed men who refuse to identify themselves are patrolling the streets of Washington, DC. They were sent by the Bureau of Prisons.” And by the way, that’s from the Business Insider, the financial and business news website founded in 2009. (A side note, “In January 2014, The New York Times reported that Business Insider‘s web traffic was comparable to that of The Wall Street Journal.”)

That’s just in case you thought I cited a pointy-headed liberal-media outlet as a source. Said one observer, “it’s like Russia’s little green men have taken over the nation’s capital.” Or:

Some people on social media discussing the identity of the mysterious officials compared them to the “little green men” Russian President Vladimir Putin sent to annex Crimea in 2014 who wore no insignia identifying them as members of the Russian military.

Which – finally – led me to this bit of research on the definition of Fascism:

[The political philosophy or regime] that exalts nation and often race above the individual and that stands for a centralized autocratic government headed by a dictatorial leader, severe economic and social regimentation, and forcible suppression of opposition.

Which is also starting to sound familiar. Suddenly, Social-Security-ism doesn’t seem too bad… 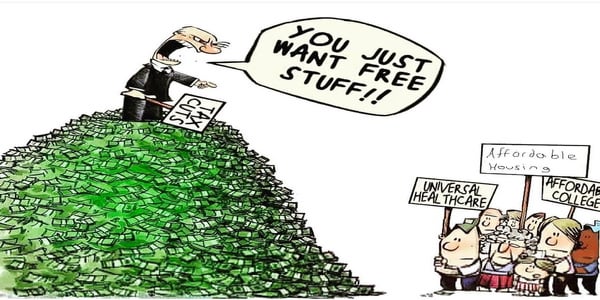 The upper image – and the lower image – are both courtesy of Socialism For The Rich Capitalism The Poor – Image Results. Incidentally, the “Monopoly Man” image at the top of the page is a take-off of a poster of Che Guevara, the “Argentine Marxist revolutionary, physician, author, guerrilla leader, diplomat, and military theorist. A major figure of the Cuban Revolution, his stylized visage has become a ubiquitous countercultural symbol of rebellion and global insignia in popular culture.” An “original” is below right. See Wikipedia, and also Che Guevara Poster – Image Results.

As to “weeks of the Covid-19 shutdown,” see On Week 8 of the Coronavirus shut-down. I calculated from Thursday, March 12, “when the ACC basketball tournament got cancelled,” and thus that the first full week “has it starting Sunday, March 15 and ending Saturday, March 21,” 2020.

The “incumbent freeloader” image is courtesy of Freeloader – Image Results.

The photo to the left of the paragraph “Hornberger posted Trump and His Standing Army” is courtesy of Russian Little Green Men – Image Results.

Re:  The Israelite. Harry Golden grew up in the Jewish ghetto of New York City, but eventually moved to Charlotte, North Carolina. Thus the “Carolina Israelite.” I on the other hand am a “classic 67-year-old “WASP” – White Anglo-Saxon Protestant – and live in north Georgia.

Thus the “Georgia Wasp.”  So anyway, in North Carolina Harry wrote and published the “israelite” from the 1940s through the 1960s. He was a “cigar-smoking, bourbon-loving raconteur.” (He told good stories.) That also means if he was around today, the “Israelite would be done as a blog.” But what made Harry special was his positive outlook on life. As he got older but didn’t turn sour, like many do today.  He still got a kick out of life.

For more on the blog-name connection, see “Wasp” and/or The blog.

For more on Social Security as “socialism,” see Is Democratic Socialism Alive and Well in U.S.? It’s subtitled, “America is socialist, dummy[:] Let us count the ways.” Some key points:

“[A] dispassionate glance at American history shows that Uncle Sam has already gone a long way down the road of democratic socialism.

“Every American state decrees that all its children shall be educated at state expense, no matter how rich or poor.

“Second, the entire American highway system is built, paid-for and maintained by the state and federal governments.

“Third, estate taxes were introduced in 1916, in the name of equality and to prevent the children of successful parents from becoming a parasitic leisure class.

“Fourth, in the 1930s Franklin Roosevelt’s New Deal established the principle that the federal government should intervene on behalf of distressed citizens everywhere.

“Americans, once they begin to enjoy the benefits of a government program, are no more likely than Europeans to favor losing them. Cutting big government sounds great in theory, but few lobbies support the principle of giving up government-conferred benefits, whereas hundreds of lobbies fight to keep and enlarge them.

“Government on both sides [Democrat and Republican] is committed to protecting vulnerable populations, to educating them, to promoting opportunities and to intervening in the economy for the sake of stability, efficiency and high employment. In other words, in America, as throughout the developed world, democratic socialism is alive and well. Bernie Sanders is unusual not because he believes in it, but because he actually says that he believes in it and isn’t afraid to use the words.”