My completed pilgrimage started at Pamplona, which you can see at the lower right of the map at Camino de Santiago 800 PROJECT: Map of the Routesilverarrow18.blogspot.com…

Well, we did it.  My brother and I arrived in Santiago de Compostela on Thursday, October 12.  This was after hiking – and biking – the Camino de Santiago. (As was shown on a map at the top of the post page.)  as shown in the map above.  Along the way I occasionally listened to my iPod Shuffle – to help pass the time – and one of my favorite songs was It’s a Long Way to Tipperary.  Except in my mind I had to change the words to “It’s a long way to Santiago!”

I did my last post from Puente Villarente, in Spain – “about eight miles shy of León” – on October 3, 2017.  For reasons including that I only had my tablet, the post was extremely primitive.  But it did note that – upon reaching Leon – “we will have hiked 250 miles from Pamplona, in the 21 days since we left on September 13.*”  Here’s what I also noted:

The first 10 days hiking after leaving Pamplona were pretty miserable. My left foot constantly throbbed, until it blistered up and got tough. But the day off in Burgos helped a lot. And since then we’ve made good progress. Still, we had to implement a Plan B, which involves renting bikes in Leon and cycling the remaining 194 miles.

And speaking of Burgos: [Here I shared a picture of the city’s famous cathedral, with my “fellow traveler,” taken the morning of September 26, on the way out of town.  (Which took over an hour, hiking.) And to make a long story short, we covered the last 195 miles or so in seven days, riding mountain bikes, complete with panniers on the back.

In other words, in the first two weeks hiking we averaged 12  miles a day.  In the last seven days we averaged close to 28 miles a day. But in a way that was just a variety of Dorothy Parker‘s “different kind of hell.*” (We just got way too sore again, but in different parts of the body.)

You can get a better idea from a map at Camino de Santiago 800 PROJECT: Map of the Routesilverarrow18.blogspot.com. It took ten days to hike from Pamplona to Burgos, where we took our first day off.  It took another 10 days to reach Leon, where we took our second day off and picked up our pre-ordered bikes. Then in that long section from Leon to Burgos – of the total 450 miles – we covered 195 in seven days.

But not without mishap.  Neither one of us had ridden a bike in 40 or 50 years, so it wasn’t really surprising when my right handlebar took out – smashed the heck out of – the side-view mirror of some poor slob’s nice new car.*  In the second mishap I literally “ran my ass into a ditch…”

We were zooming downhill one afternoon.  I tried to adjust my left pantleg, and the next thing I knew I was laying in a ditch, bleeding like a stuck pig.  And not just any ditch.  A nice deep ditch covered with thorns and brambles on the sides and bottom.  The “stuck pig” part came when my Ray-Bans gashed the bridge of my nose, causing it to bleed profusely…

The third major mishap came a mere six kilometers from Santiago, when my rear tire when flat.

We finally got a new tube on and inflated, but then had a time getting the chain back on the derailleur.  I finally flagged down a passing Spanish cyclist.  He helped get that straight, but then – after he peddled on his merry way – we found out there were no rear brakes, which posed a problem.  We knew much of the remaining six kilometers was downhill, and also that if applied too forcefully, using front-only brakes can cause a cyclist to go “ass over teakettle.”

So my brother had us switch bikes, and we both glided – carefully and gingerly – into Santiago.

I’ll be writing on more of these adventures, including the several times I – or we – got Lost in Spain. But after five weeks in Spain – the last part of which included a nine-hour bus ride from Santiago to Madrid, and a 10-hour flight from Madrid to Atlanta – I can only say, with feeling:

The upper image was courtesy of Camino de Santiago 800 PROJECT: Map of the Routesilverarrow18.blogspot.com.

The “Tipperary” image was courtesy of It’s a Long Way to Tipperary – Wikipedia.

“Note” also that an asterisk in the main text indicates a statement supported by a reference detailed further in this “notes” section.  Thus as to the asterisk next to the passage “the 21 days since we left on September 13:”  We actually reached Leon on October 4.

Re: Fellow traveller.  Here referring to a person who is “intellectually sympathetic” – in this case, to the crazy idea of spending thousands of dollars and five weeks to hike in a foreign country – as opposed to the term as used in U.S. politics in the 1940s and 1950s.  At that time and place the term was a “pejorative term for a person who was philosophically sympathetic to Communism, yet was not a formal, ‘card-carrying member‘ of the American Communist Party.” 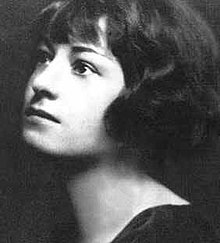 Re:  “Different kind of hell.”  The allusion is to Dorothy Parker‘s famously saying – whenever the door rang in her apartment – “What fresh hell is this?”  That’s also the title of Parker’s 1989 biography by Marion Meade.  See Amazon.com: Dorothy Parker: What Fresh Hell Is This?

Re:  “Some poor slob’s nice new car.”  City streets in Spain are generally very narrow and difficult to maneuver.

The “bicycle in a ditch” image was courtesy of Cyclist falls into ditch at opening of new safer bike path …telegraph.co.uk.

The lower image was courtesy http://f3nation.com/wp-content/uploads/2014/07/no-place-like-home.jpg.  See also No Place Like Home – Wikipedia, which noted that – aside from the famous line in the movie Wizard of Oz – the phrase may also refer to “the last line of the 1822 song ‘Home! Sweet Home!,’ words by John Howard Payne and music by Sir Henry Bishop; the source of inspiration for the other references here: ‘Be it ever so humble, there’s no place like home,’” and/or “‘(There’s No Place Like) Home for the Holidays,’ a 1954 Christmas song most famously sung by Perry Como.”  For a “live” version, see also There’s No Place Like Home – YouTube.