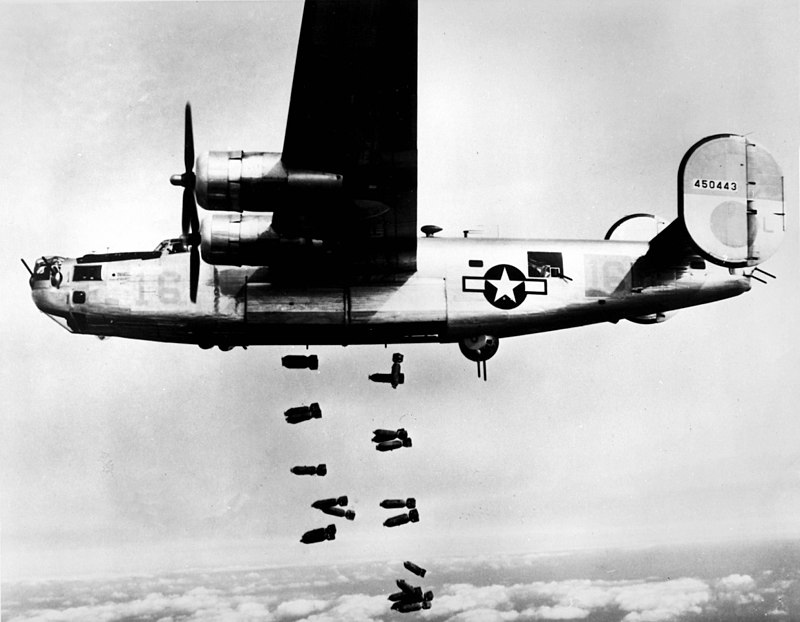 It’s the Thursday after Christmas Day.  So those holidays are over, and the end of 2017 is near.  Which means it’s time to look back at 2017.  And for me especially, that means looking back at some draft blog-posts that I started this past year, but never got around to finishing.

One of the posts was on George McGovern and his famous “KMA” buttons.  But first a note:  In the 1972 presidential election, only about four people in America – including me – voted for McGovern.  Richard Nixon won in a landslide, but neither he nor Vice-president Spiro Agnew served out their terms of office.  (Agnew resigned in less than a year over allegations he took bribes as Governor of Maryland.  Nixon resigned over the Watergate Scandal in August 1974, illustrated above right.)

Which means that my vote for McGovern in 1972 is one of the proudest moments of my life.

In case you’ve forgotten, that election in 1972 was famous for Republican dirty tricks.  (Including but not limited to the infamous “Canuck letter” that led to Ed Muskie’s tears of anger.)

But since then I’ve gotten used to underhanded Republican campaign tactics.  Like the fact that some stay-at-home conservatives in 1972 also took issue with McGovern’s service in World War II.  And just for the record, McGovern served in combat with the the 741st Squadron of the 455th Bombardment Group of the Fifteenth Air Force, stationed near Cerignola, Italy. 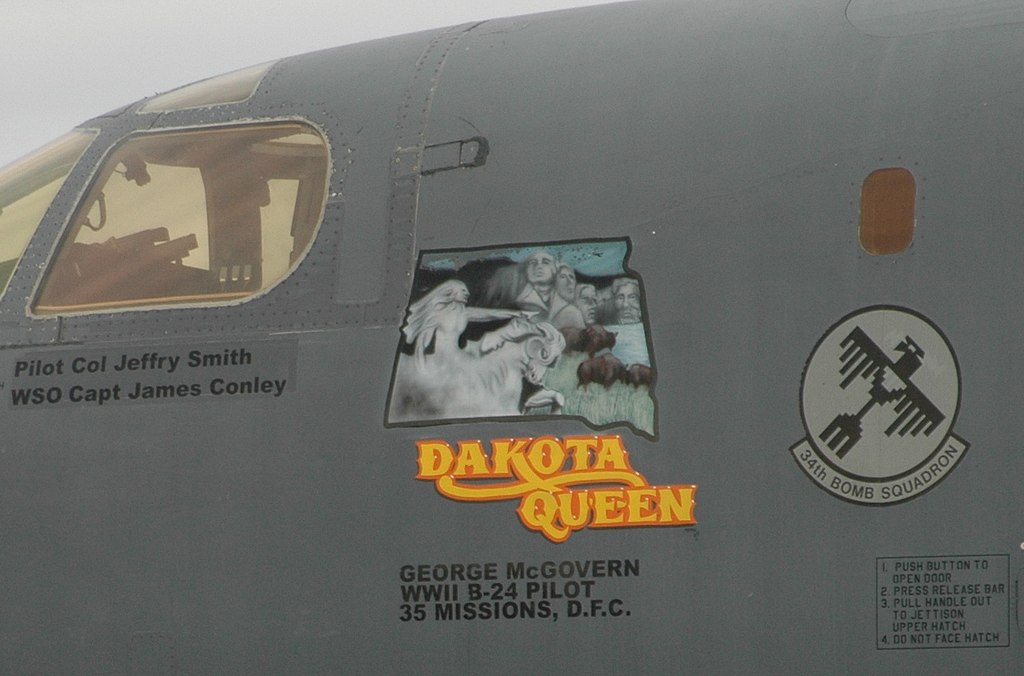 He was commissioned a pilot in the Army Air Forces and flew 35 missions over enemy territory.  He piloted a B‑24 Liberator that he named “the Dakota Queen,” in honor of his wife Eleanor.  (And won the Distinguished Flying Cross.)

But my favorite story about George McGovern came much later in his life.  It happened late in the 1972 campaign and involved his confronting a heckler from the Richard Nixon camp.  (Though it was not Donald Segretti):

McGovern was giving a speech and a Nixon admirer kept heckling him.  McGovern called the young man over and whispered in his ear, “Listen, you son-of-a-bitch, why don’t you kiss my ass?”  The heckler confirmed this to an inquiring journalist and the remark was widely reported.  By the following night, “KMA” buttons were being worn by people in the crowds at McGovern rallies.  Several years later, McGovern observed Mississippi Senator James Eastland looking at him from across the Senate floor and chuckling to himself.  He subsequently approached McGovern and asked, “Did you really tell that guy in ’72 to kiss your ass?”  When McGovern smiled and nodded, Eastland replied, “That was the best line in the campaign.”

See McGovern presidential campaign, 1972 – Wikipedia.  And again just for the record, Senator James Eastland was a Democrat – like McGovern – but who supported the Conservative coalition, and was “known nationally as a symbol of Southern support for racial segregation.”  But this was when Southern Democrats were effectively Republicans:

Mississippi was effectively a one-party state, dominated by conservative white Democrats since the disfranchisement of African Americans with the passage of the 1890 state constitution.  The state used poll taxes, literacy tests and grandfather clauses to exclude African Americans from the political system.  Therefore, winning the Democratic nomination was tantamount to election.

But this was also a time when political rivals could “sup with their enemies.”  In the photo at right, Eastland shared a moment with noted northern liberal – and a very young – Ted Kennedy.

You can see this photo – or one much like it – at Kennedy got Senate assignments in boozy meeting (N.Y. Daily News, 9/30/15).  At the time Eastland chaired the Senate Judiciary Committee:

After he slammed three drinks, Kennedy staggered away with the three assignments he wanted the most…   “It’s quarter to eleven, and I’m barely able to get up.  So of course I go back to my office [and] walk in there smelling like a brewery.  Here’s our little senator, 30 years old; he’s been down here two weeks, and he’s stiff as a billy goat at 10 in the morning.”  Kennedy said Mississippi’s Sen. James Eastland poured him a drink as soon as he arrived to the 1963 meeting.  “Bourbon or scotch?” the chairman asked.

But of course Eastland’s legendary drinking – or Kennedy’s for that matter – is a whole ‘nother subject entirely.  The point is that back in the good old days, politicians still had a sense of humor.  (Even to the point of chuckling over an arch-enemy’s “best line in the campaign.”)

And in a very big sense politicians as a group were eminently more likeable than they are today.  (See also On Reagan, Kennedy – and “Dick the Butcher.”)  But the main point I’d like to make is that I wish George McGovern could have hung around long enough to run in the 2016 presidential election.  That way he could have told someone else to “kiss my ass!”

For that alone, George McGovern would have made a great president…

The upper image is courtesy of George McGovern – Wikipedia.  In other versions of the “KMA” story, McGovern was appearing in Battle Creek, Michigan, on November 2, when a Nixon admirer heckled him.  McGovern told the heckler, “I’ve got a secret for you,” then said softly into his ear, “Kiss my ass.”  The incident was overheard and reported in the press, and became part of the tale of the campaign.  See also “George, Heckler Exchange Words”. The Spartanburg Herald. November 3, 1972. p. B8.  For an account of his passing – by Fox News – see Former Senator George McGovern, ’72 Democratic presidential nominee, dies at 90.

For still other takes on the 1972 campaign, see Fear and Loathing on the Campaign Trail ‘7 – by Hunter Thompson and illustrated at left, The Boys on the Bus – and/or One Bright Shining Moment.  Also, reference was made to Boller, Paul F., Presidential Campaigns: from George Washington to George W. Bush, 2nd Edition, Oxford University Press, 2004, ISBN 0195167163, at page 340.

And for one of my takes on Southern Democrats like Eastland , see Blue Dogs and the “Via Media.”  For yet another take on the politicians of yesteryear, see “Great politicians sell hope.”

The lower image is courtesy of businessinsider.com/donald-trump-has-been-fired.  I first used a smaller version in Reagan, Kennedy – and “Dick the Butcher,” but then used the photo as a “parting shot” in the December 15, 2017 post, On “Pyrrhic victories.”

(There seems to be a trend here…)