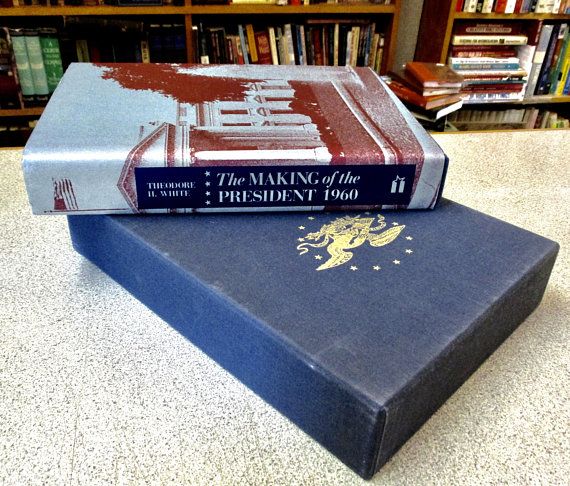 The Making of the President 1960 – or is this the year to be “the unmaking of the president?” 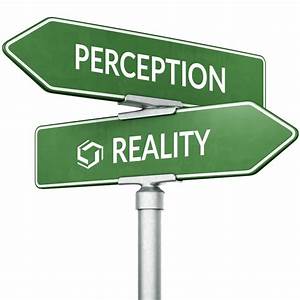 One thing that surprised me – greatly – about the 2016 election was the disconnect. That is, the difference between pre-election polling and what finally happened. (In other words, “so many forecasts were off the mark.” In further words, I wasn’t the only one surprised; see the notes. )

In plain words there was huge “disconnect” between pre-election perception and reality. (“What actually happened.”) For example, one friend said confidently a day or two before the election that Trump would end up conceding by 11:00 p.m. election night. On the other hand, many state-by-state polling – while showing Clinton ahead – were well within the designated margins of error.

Heading in to Election Day 2016, I kept track of the polls “religiously.” (After all, there was a lot at stake, wasn’t there?) All that summer and into the fall I kept tracking. And to be honest, I drew some comfort from polls showing Clinton leading. But I wasn’t nearly as confident as my friend about when – and if – Trump would concede. (Remember the hubbub about his saying he wouldn’t accept the results if he lost?)  In fact I was so surprised – on election night and many days after – that I was reluctant to start keeping track again for this time around. (See jinxing.)

But here we go again… This time I want to keep track of pre-election polling – In black and white – so that if there is another “foul up” I may better understand why, and “what Happened.” (But I’d much rather enjoy the celebrating, the fireworks and the dancing in the streets.)

But seriously… For starters we can recognize that national polls are meaningless. The president is not elected by popular vote. What matters is the number of votes he (or she, eventually) gets in the Electoral College. For example, I remember reading Ted White‘s book, The Making of the President 1960. It mirrored what Wikipedia called a “closely contested election.”

But it wasn’t really “close,” even though – as both White and Wikipedia emphasized – Kennedy “won the national popular vote by 112,827, a margin of 0.17 percent.” (And some say Nixon should have been credited with the popular vote victory, because that “popular vote was complicated by the presence of several unpledged electors in the Deep South.”) But – as happened in the 2000 and 2016 presidential election – the popular vote didn’t matter in 1960. It didn’t matter who won what has now become a near-worthless consolation prize.

And so it may be in the 2020 election. Which means I started researching four websites that track state-by-state polls in the Electoral College. First, 2020 Presidential Election Interactive Map. Next, 2020 Presidential Election Interactive Map – Electoral Vote Map. That’s a product of Political Wire, founded by Taegan Goddard and “one of the oldest left-wing and most influential political blogs and news aggregate sites on the internet.” (See also Political Wire – Wikipedia.) A third site is ElectoralVote. (Electoral-vote.com, and yes it can be confusing.)

And for purposes of comparison, as of August 29 Trump had 81 electoral votes “strongly GOP” and 39 “likely GOP.” So his combined “strongly” and “likely” total of 120 is about half – 56% – of Biden’s “strongly Dem” standing alone. But again, that’s according to ElectoralVote.

According to Goddard’s left-wing Presidential Election Interactive Map, Biden has 320 electoral votes to Trump’s 125, with 93 “toss ups.” But Goddard has ElectoralVote‘s Wisconsin, Michigan, Pennsylvania, Florida and Arizona all solidly Democrat, while ElectoralVote has those states “likely Dem.” And incidentally, Goddard’s map is “based on the consensus” of forecasts, including but not limited to Cook Political Report, and Inside Elections, along with “the latest polling data from FiveThirtyEight, RealClearPolitics and Electoral-Vote.com.”

Then there’s 2020 Presidential Election Interactive Map. That site has Biden with 278 electoral college votes to Trump’s 169. But it includes a proviso, “Democratic candidate wins in your scenario. No combinations remain for Republicans to win.” The problem is I clicked on some of the states, thinking that might give better information about percentages, and that may have messed up some of the figures. That is, it’s not my scenario that I’m interested in. I’m interested in the reality of what’s happening in each state, as that affects the electoral college vote. So the fact that it’s Interactive – and that I interacted with it, though inadvertently – concerns me a bit.

Then there’s a fourth website, Biden vs Trump: US presidential election 2020 poll tracker. I found it much more user-friendly because it listed the solid, leaning and toss-up states by name, not on some “stupid map.” Further, it listed and/or ranked those states in order of the number of electoral votes each had, with California’s 55 leading the list. And that website showed – as of August 27 – Biden with 203 solid and 95 leaning electoral votes, while Trump had 80 solid and 39 leaning votes. And 121 “toss up” votes.

It led with a note that right after the Republican convention, Biden’s “lead” dropped from nine points at the end of July to six points after the convention. But check “yougov’s” website and you’ll see the lead thought, Explore what America thinks | YouGov. But again, it’s not what America thinks as a whole that matters. It’s not a “national popularity contest.” What matters is what Americans think in their individual states. Further, that article added:

The new Yahoo News-YouGov poll shows that nearly every voter in America has made up his or her mind, with 96 percent Biden and Trump supporters now saying they have decided how they will vote — up 2 percent from when the same voters were surveyed in late July. Only 8 percent remain undecided.

And it looks like Trump will need every one of those “eight percenters” to vote for him to get re-elected. (But then even that may not be enough.) But still it’s only the end of August, and there’s a little over two months left before the election. Meanwhile, I’ll keep tracking state-by-state Electoral College polls, looking for any major shifts.  It’s called prognostication… 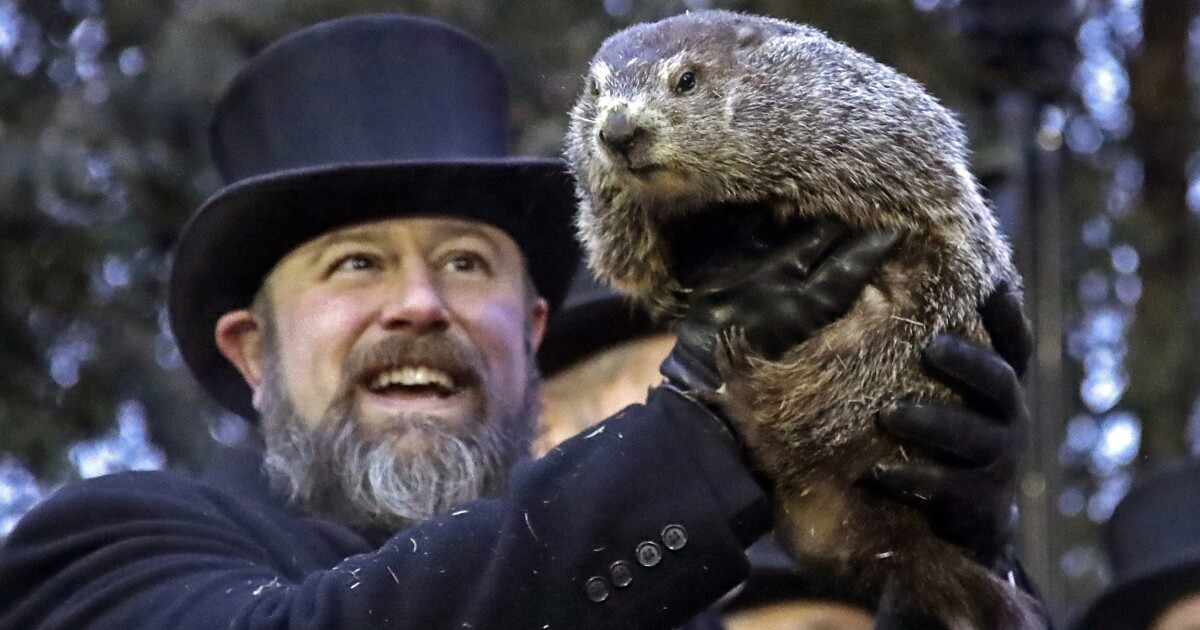 Another prognosticator, Punxsutawney Phil: How will Phil feel this next February 2?

The upper image is courtesy of Book Making Of The President – Image Results. The image is part of an ad in Etsy – Shop for handmade, vintage, custom, and unique gifts: “Find things you’ll love. Support independent sellers. Only on Etsy.” The caption: “Collector’s [Edition?] The Making of the PRESIDENT 1960 Theodore H White Illustrated American Past Book of the Month Club Collectible Book Decor Table.” See also The Making of the President 1960 – Wikipedia. The book “recounts and analyzes the 1960 election in which John F. Kennedy was elected President of the United States.” Further:

The book traces the 1960 campaign from the primaries … to the conclusion of the general election contest against Richard Nixon. Much of the narrative is written in an almost novelistic style, describing politicians’ looks, voices and personalities. But it also contains thought-provoking discussions of various trends in American life and politics.

Also about that 2016 election: I read an article of interest, Polls Versus Reality in 2016. Numbers: The Good and the Bad. Some conclusions: 1) “[T]hat so many forecasts were off the mark was surprising, given the increasingly wide variety of methods being tested and reported via the mainstream media and other outlets.” (So I wasn’t alone.) 2) “Most national polls had Clinton winning the popular vote by a fair margin, and that turned out to be fairly accurate.” (But irrelevant, as noted.) And 3) the “Shy Trumper effect… Voting for Trump is considered socially undesirable by some people… they don’t want to admit it either to an interviewer on the phone or to pollsters … and then when they get in to the voting booth, who they actual vote for is not the same person they told pollsters they were going to voter for.” (Ellipses in original.) Though it’s hard to imagine “shy Trumpsters” this time…

Re: “Kennedy won by 303 votes to 219.” For math majors and others of that ilk, that totals 522 electoral college votes, not the current 538. As to what accounted for the “missing 16,” I researched the issue but was unable to find a definitive answer, as of press time mean.

The lower image is courtesy of Prognosticate – Image Results. it was accompanied by an article, “Spring is coming: US groundhogs prognosticate during polar vortex.” (Washington Examiner, February 2019.) See also Groundhog Day – Wikipedia, on the American tradition based on the “Pennsylvania Dutch superstition that if a groundhog emerging from its burrow on this day sees its shadow due to clear weather, it will retreat to its den and winter will persist for six more weeks; but if it does not see its shadow because of cloudiness, spring will arrive early.”