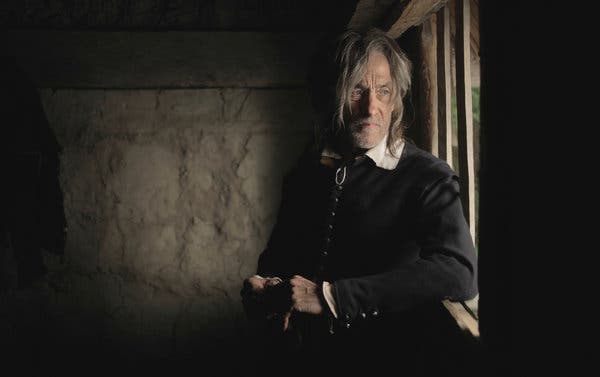 Just for a change of pace, I offer this review of a DVD I just finished watching:  American Experience: The Pilgrims, a documentary film by Ric Burns.  (Available at Amazon.com.) 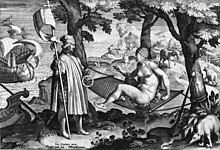 I must say that – overall – I found the tone pretty depressing.  I wrote before – in Thanksgiving 2015 for example – that of the 102 Pilgrims who landed in November 1620 at Plymouth Rock, less than half survived the first year.  (To November 1621.)  And of the 18 adult women, only four survived that first winter in the hoped-for “New World.”   (Illustrated at left.)

I just hadn’t appreciated the extent of that loss on an emotional level.  Another way of saying that – just as at Jamestown, started in 1607 – there was a whole lot of human suffering:

The major similarity between the first Jamestown settlers and the first Plymouth settlers was great human suffering…  November was too late to plant crops.  Many settlers died of scurvy and malnutrition during that horrible first winter.  Of the 102 original Mayflower passengers, only 44 survived.  Again like in Jamestown, the kindness of the local Native Americans saved them from a frosty death.

In Thanksgiving – 2016, I wrote that the “men and women who first settled America paid a high price, so that we could enjoy the privilege of stuffing ourselves into a state of stupor.”  But the Ric Burns film brought that suffering home in a way I hadn’t fully appreciated before. 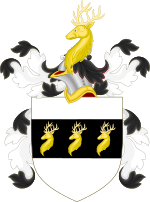 And by the way, the full caption for the picture at the top of the page reads, “The actor Roger Rees renders Bradford beautifully;  it was among his last performances before his death in July,” 2015.  Which could be both prescient and ironic.  That is, while Rees died at 71 – when life expectancy today is about 78 – William Bradford lived to the ripe old age of 67, when life expectancy was about half that.

There’s more about that at the end of this post…

But what I found most fascinating was how Bradford’s journal, Of Plymouth Plantation, proved the truth of the old adage, “Everything perishes, save the written word.*”  For starters, here’s what Wikipedia said about Plymouth Colony in general:

Despite the colony’s relatively short existence, Plymouth holds a special role in American history…  The events surrounding the founding and history of Plymouth Colony have had a lasting effect on the art, traditions, mythology, and politics of the United States of America, despite its short history of fewer than 72 years.

And what gave “Plymouth” such a special place in American history was Bradford’s journal,  Of Plymouth Plantation. (Which proves again, “Everything perishes, save the written word.”) And which brings up another thing that I hadn’t realized:  That the book was almost lost to history.

That is, the original manuscript was left in the tower of the Old South Meeting House in Boston during the American Revolution.  But after British troops occupied Boston, it disappeared “for the next century.”  The missing manuscript was finally re-discovered, “in the Bishop of London‘s library at Fulham Palace,” and printed again in 1856.  It was only after much finagling – including a verdict ultimately rendered by the Consistorial and Episcopal Court of London – that the manuscript was brought back to the U.S. and given to Massachusetts in 1897. 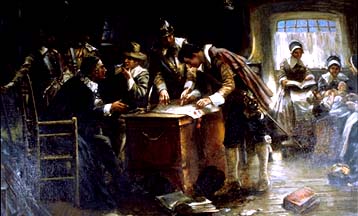 That’s a point noted by the New York Times’ In ‘The Pilgrims,’ Ric Burns Looks at Mythmaking. (Including the one about the Plymouth “Signing of the Mayflower Compact,” at left.)

Mr. Burns’s most inspired touch is to end not in the 1600s, but two centuries later, by following what happened to Bradford’s journal.  It disappeared during the Revolutionary War, then was rediscovered in the mid-1800s…  The Mayflower passengers suffered terrible hardships, and from the Indians’ point of view their arrival was ultimately a dark day.  But not on Thanksgiving.  “There’s been a tremendous amount of memory produced around the Pilgrims, but there’s also been a lot of forgetting,” the literary critic Kathleen Donegan notes, adding later: “We don’t think about the loss.  We think about the abundance.”

Or consider this, from Who Were the Pilgrims Who Celebrated the First Thanksgiving.  “The first winter, people died from dysentery, pneumonia, tuberculosis, scurvy, and exposure, at rates as high as two or three per day.  ‘It pleased God to visit us then with death daily,’ Bradford wrote.”

But the Pilgrims were “inventive enough” to conceal their losses from the Indians:  “inventive enough, as Donegan notes, to prop up sick men against trees outside the settlement, with muskets beside them, as decoys to look like sentinels to the Indians.”

The point is this:  Our “Forefathers” – and Foremothers as well – suffered greatly to come to America, and usually much more than we appreciate.  More than that, from the beginning they were “aliens in a strange land.”  Which brings up Deuteronomy 10:19, where God said to the Children of Israel:  “You are also to love the resident alien, since you were resident aliens in the land of Egypt.”  And that’s a point worth remembering these days…

But let’s close with a note of hope and cheer, at least for me.  That is, rumor has it that William Bradford was one of my long-ago ancestors.  If that’s true, I hope I inherited his longevity gene.

And who knows, I might end my years with the old-age benefits of King David:

King David was old and advanced in years;  and although they covered him with clothes, he could not get warm.  So his servants said to him, ‘Let a young virgin be sought for my lord the king, and let her wait on the king, and be his attendant;  let her lie in your bosom, so that my lord the king may be warm.’  So they searched for a beautiful girl throughout all the territory of Israel, and found Abishag the Shunammite, and brought her to the king.  The girl was very beautiful.  She became the king’s attendant and served him, but the king did not know her…

(In the biblical sense.)   On the other hand, King David didn’t have all the “better living through chemistry” advantages we have today.  And that will no doubt increase by, say, 2080?

Something to look forward to… The upper image is courtesy of Review (NYT): In ‘The Pilgrims,’ Ric Burns Looks at Mythmaking.

Re:  “Everything perishes save the written word.”  The quote is from Techniques of Fiction Writing: Measure and Madness, by Leon Surmelian.  Surmelian cited Plato as saying the poet – including but not limited to the writer of fiction, and maybe of such essays as these – creates “not by science or technique, not by any conscious artistry, but by inspiration or influence of some non-rational, supernatural influence.”  Which could apply to the writers of the Bible, which Surmelian implied by saying a true writer “is the medium of some higher spirit that gets into him.  He is literally inspired.”

But – Surmelian continued – the writer needs more than mere inspiration, by and through “what mysterious power dwells within him.”  (The “madness” in the book title.)  He needs “measure:”

The image to the right of the paragraph ending, “Bradford lived to the ripe old age of 67, when life expectancy was about half that,” shows the “Coat of Arms of William Bradford.”

The Pilgrims and their fellow travelers weren’t terrorists, of course (despite an instance of putting the severed head of a perceived enemy on a pole), but they and those who followed certainly did effect a cultural conquest.  Some versions of their story play that down, partly because a plague resulting from earlier contact with Westerners brought widespread death to coastal Indians in the Northeast just before the Mayflower arrived. God, it seemed to some, killed off the Indians to make way for the whites, a view this program corrects.

Here’s more from Who Were the Pilgrims Who Celebrated the First Thanksgiving:

It draws on the unique, nearly lost history, Of Plymouth Plantation, written by William Bradford, the new colony’s governor for more than 30 years, whom the late actor Roger Rees portrays from a script derived from Bradford’s book.

Right from the start, the death rate was awful. Mortality had been enormous at the Jamestown colony, where by 1620 nearly 8,000 people had arrived, although the settlement was struggling to keep its population above a thousand. Bradford’s history recalled the Pilgrims’ anticipation of “a hideous and desolate wilderness, full of wild beasts and wild men.” Ferrying in supplies from the ship meant wading through ice-cold water, at one point with sleet glazing their bodies with ice. The first winter, people died from dysentery, pneumonia, tuberculosis, scurvy, and exposure, at rates as high as two or three per day. “It pleased God to visit us then with death daily,” Bradford wrote…