Moses as the original supreme court, on advice and counsel of  his father-in-law Jethro…

The U.S. Supreme Court is in the news, again…

Last Saturday night I was channel surfing at home.  (Waiting for a ride to The Buddy Holly Story at the Legacy Theatre, Tyrone GA, shown at right.)   One channel had this news flash: “Antonin Scalia, Supreme Court justice, dies at 79…”

I was shocked, to say the least.

Later – at the theater – I mentioned Scalia’s death to a young(er) lady-friend.   (Whose political views are slightly to the right of Attila the Hun.)  She said something to the effect that now “that [expletive deleted] Obama” would be able to name a new Supreme Court justice who would – shall we say – “tilt the balance of power.”

I didn’t expect her vehement response.  (Heck, the poor guy wasn’t even buried yet.)  So – diplomatically – I smiled and changed the subject.  However, after further review I thought her presumed outcome unlikely.  (With Republicans controlling the Senate and all.)

With that in mind – and after more time to review – allow me to prognosticate.

With the presidential election less than nine months away, there’s a pretty good chance Senate Republicans will block any Obama nomination.  Which means the next president will have to pick his – or her – favorite nominee, but possibly with a different Senate.

Which is another way of saying conservatives could settle for a moderate nominee now, or risk seeing a truly liberal nominee confirmed in the foreseeable future. 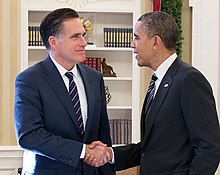 The thing is, in the recent past the balance of power in the Senate has shifted every two years or so.  And in 2016, 24 Republican senators are up for re-election, compared to only ten Democrats.  (Including “seven in states President Obama” – at right with Mitt Romney – “carried twice.”)

Then of course there’s the fact that newly-elected US senators will take office on January 3, 2017.  On the other hand, President Obama’s replacement won’t take office until January 20.  In other words, if the new Senate is indeed Democratic, Obama will have 17 days in which to name his own replacement.  (And plenty of time to prepare for the Senate’s “nuclear option.”)

Which is one reason I say – if they were smart – Senate Republicans could settle for a moderate nominee now, or risk a true-liberal nominee in the really foreseeable future.

Personally – if somebody held a gun to my head and said, “Make a bet with your total life savings” – I’d have to put my wager on the latter option.

And all of this raises some further interesting questions.  Like, “Have these nominations always been so acrimonious?”  And, “Has the Supreme Court always been this powerful?”  Or possibly, “Just how did this ‘supreme court’ get started in the first place?” 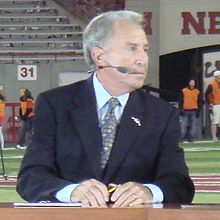 For those who think the Supreme Court was only “invented” as late as 1787’s Constitutional Convention, the answer to that would be, “Not so fast, my friends!”

I noted – in a post in another blog – that the idea of a “supreme court” goes back over 3,000 years ago.  It seems the idea was hatched by Jethro, whose daughter Zipporah married Moses.  (See On Jethro inventing the supreme court.)

Moses grew up a literal “Prince of Egypt.”  But about the time he learned of his Hebrew heritage, he had to run away from Egypt.  (Basically as a fleeing felon.  See Exodus 2:12.)  He fled to Midian, where he met and married the daughter of Jethro, noted above.

Then God made him return to Egypt, to “set my people free.”  While he was doing that, Moses left his wife and two sons with Jethro, in Midian.  Once he accomplished his mission, he came back home and told Jethro all he’d done.  Then he sat down to “judge the people.”

That’s when the trouble started.  (Or more precisely, got worse):

Moses took his seat to serve as judge for the people, and they stood around him from morning till evening.  When [Jethro] saw all that Moses was doing … he said, “What is this you are doing for the people?  Why do you alone[?]  Moses answered him, “Because the people come to me to seek God’s will.   Whenever they have a dispute, it is brought to me, and I decide between the parties and inform them of God’s decrees and instructions.”

Jethro saw right away that the work was way too much for one man.  So he advised Moses – basically – to delegate authority.  He said to “select capable men,” and trustworthy, “and appoint them as officials” – judges – “over thousands, hundreds, fifties and tens.”

These “lower court” judges – illustrated at right – could handle the simple cases, of which there were many.  (After they’d been given the functional equivalent of today’s legal education.)  In turn, with Moses only having to handle difficult cases, “that will make your load lighter:”

Moses listened to his father-in-law…  He chose capable men from all Israel and made them leaders of the people, officials over thousands, hundreds, fifties and tens.  They served as judges for the people at all times.  The difficult cases they brought to Moses, but the simple ones they decided themselves.

And that’s the basic idea behind today’s Supreme Court.  That it will only deal with “hard cases,” leaving minor cases for lower-court judges.  (Like Moses did.)

Of course that was before the idea of the separation of powers.  (Dividing American government into three distinct branches.)  Then too, that was  before today’s nominating process evolved into a true media event.  (If not Media circus.)

With that in mind I say, “Here’s looking ahead – if not forward – to a fascinating next-nine-months.”

In closing, some final notes on Justice Scalia.  Like one from Ethan Bronner (32).  The occasion was Scalia’s first being nominated to the Court in 1986.  (Over Robert Bork, at left, with President Reagan):

Although deeply and somewhat idiosyncratically conservative, Scalia had little real controversy in his record.  Nicknamed Nino, he was also an irrepressibly charming man with a hearty, warm laugh, a weakness for opera, and many friends in both the judiciary and the academy.

And a note that – every once in a while – he could spring a surprise in his opinions.

For example, the 1988 case, Coy v. Iowa.  John Coy was convicted of sexually assaulting two 13-year-old girls.  At trial, the girls testified behind a large screen, so they didn’t have to look at Coy as they testified.  When the case got to the Supreme Court, Justice Scalia wrote the majority opinion reversing the convictions, saying they violated the Confrontation Clause.

In 1989, the Pepperdine Law Review wrote a blistering rebuke of Justice Scalia’s opinion. (And/or his legal reasoning.)  See Coy v. Iowa:  A Constitutional Right of Intimidation:

The Supreme Court’s holding in Coy v. Iowa is infected with faulty reasoning and is inconsistent with contemporary, mainstream confrontation clause analysis…  The new requirement of actual face-to-face confrontation is not supported by logic nor is it founded on legal precedent…  Coy’s addition to this area of the law is not logical, but deviates from a long line of case law and ultimately adds a right that exists solely by itself.  It appears that the Supreme Court has created a constitutional right of intimidation.  [E.A.]

Which leads to a couple more asides.  For one thing, Pepperdine law school isn’t exactly known as a “bastion of liberal thinking.”  For another, Ken Starr – bane of the (Bill) Clinton presidency – served as dean of the law school from 2004 to 2010.  So:

The upper image is courtesy of bible-history.com/studybible/exodus/18/2.  See also On Jethro inventing the supreme court.  Or see Exodus 18: Moses and Jethro – Bible Encyclopedia.

Re: Obama’s 23-day window.  See How Obama Could Win Supreme Court Battle — Even If Republicans Take the White House.

The “not so fast” image is courtesy of Lee Corso – Wikipedia.  See also Lee Corso’s ‘Not so fast, my friends’ gets autotuned (Video).

The “lower court judges” image is courtesy of Judge – Wikipedia.  The caption:  “Judges at the International Court of Justice.”

Re: Today’s nominating process as “a true media event:”

…in the modern appointment process, Presidents typically announce their Supreme Court nominations to the nation before broadcast television cameras in carefully staged presidential news events.  In turn, nearly all of the official confirmation process that follows … is conducted in public session, receives intensive news media coverage, and is watched by hundreds of thousands (and sometimes millions) of American television viewers.

The Ethan Bronner quote is from his 1989 book, Battle for Justice[:]  How the Bork Nomination Shook America.  (Anchor Books, published by Doubleday, at page 32.)   Bronner also noted – at pages 117-18 – the prevailing Republican opinion when Richard Nixon was president:

In a publicized letter to Ohio Senator William B. Saxbe, later Attorney General, Nixon accused the Senate of denying him a historic right to see his choices appointed.  That right, he said, had been granted to all previous presidents, and the advice and consent function of the Senate was clearly meant to be no more than pro forma.

Re: Coy v. Iowa.  See also Protection of Child Witnesses and the Right of Confrontation;  A Balancing of Interests.

Re: Pepperdine Law School.  See My daughter’s applying to Law schools – She said Pepperdine?  One person commented that it was extremely conservative and with a “strong Christian bent.”  Another response:  “Is she political?  If so where does she lean?  Pepperdine isn’t exactly a school most liberal leaning [sic] would decide on.”  And finally see The State of LGBT Affairs at Pepperdine University:

Re: Scalia’s opinion in Coy v. Iowa.  He traced the right of Confrontation back to the “Roman Governor Festus, discussing the proper treatment of his prisoner, Paul[:]  ‘It is not the manner of the Romans to deliver any man up to die before the accused has met his accusers face to face.'”   (Not to mention “Richard II, Act 1, sc. 1.”)  He also quoted President Eisenhower,  who “once described face-to-face confrontation as part of the code of his hometown of Abilene, Kansas… ‘In this country, if someone dislikes you, or accuses you, he must come up in front.  He cannot hide behind the shadow.'”

Note also the emphasized phrase, “created a constitutional right of intimidation.”  That seems especially ironic given Scalia’s insistence that judges should not “create new laws,” but must – in the case of the Supreme Court – stick to the Founder’s “original intent.”  See e.g., Scalia Defends Originalism as Best Methodology for Judging Law.

Re: Ken Starr’s tenure as dean of Pepperdine.  See Dean at Pepperdine’s school of law is named president of Baylor University.

The lower image is courtesy of destination-yisrael.biblesearchers.com/destination-yisrael.  Among other things the article  noted, “According to Jewish tradition, Yithro” – Jethro – “did convert to Judaism with his whole family.”  Then too, the image seems to be from the 1956 movie Ten Commandments, with Charlton Heston as Moses.  (And Eduard Franz as Jethro.)