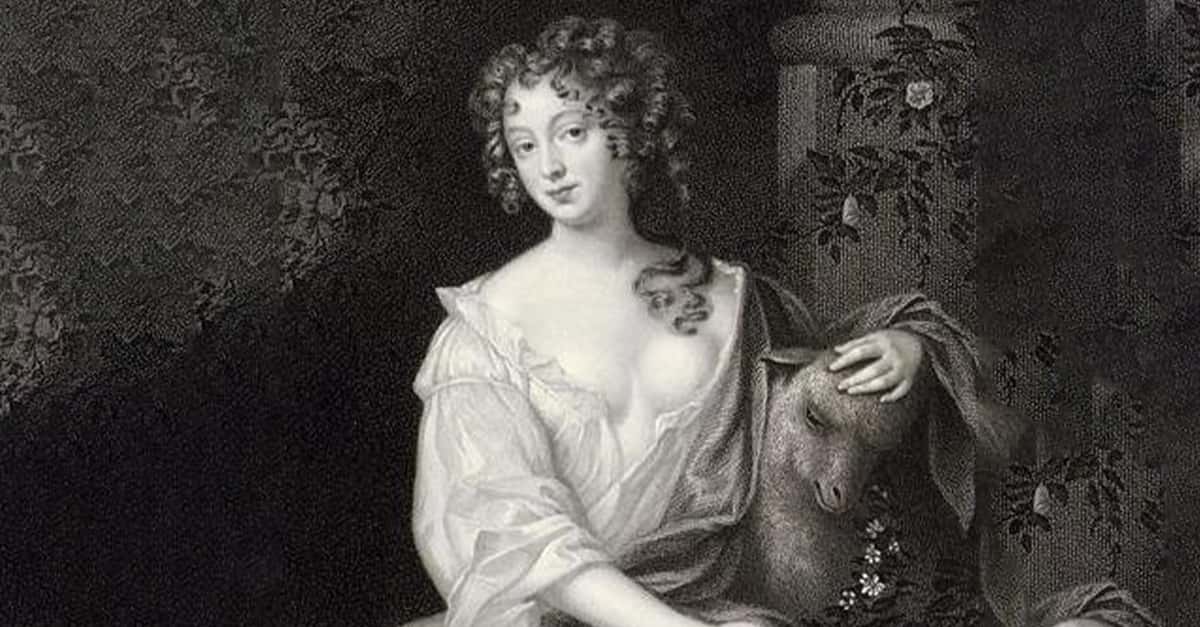 Nell Gwynn, “the Protestant Whore;” she was a favorite mistress of King Charles II…

I titled this post after a Harry Golden column, in his Carolina Israelite.  He included it in Chapter 6, “Tammany, Tammany,” from his book Only in America.

Unfortunately, in Harry’s delightfully retro format – an old-timey newspaper or newsletter – he couldn’t use the full-color pictures, flashy graphics and built-in links that we can use in today’s blogs.  So, this bit of a book review will be more than a bit of an update.

Briefly, the column dealt with the English Civil War, the execution of King Charles I, the Puritan Regime under Oliver Cromwell, and the Restoration of Charles II, as described below. 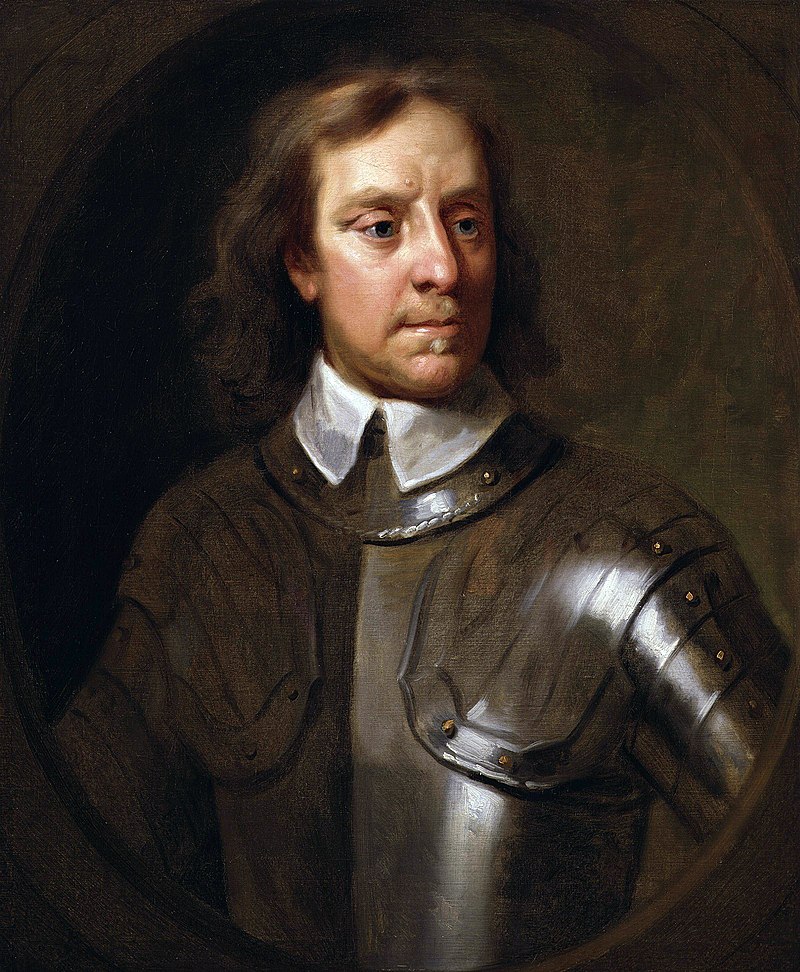 Harry started his column with a gruesome description of what happened when Charles II did get “restored to the throne after the death of Oliver Cromwell.” (At left.)  Briefly, “the five judges who had sentenced Charles I to death” – Charles II’s father – were arrested, tried for treason and convicted.  (Their execution including having certain “privy members” cut off.)

From there Harry compared the period that followed – in English history – with his own time, circa 1959 America:

Thus began a historic era, which interestingly enough has had its parallel in our own day.  We have all seen how folks have become superpatriots and vigilantes out of fear that they may be suspected of subversion.  This happened in a very interesting way at the beginning of the reign of Charles II.  (E.A.)

Briefly, after the Restoration of Charles II, there was a bit of turnabout is fair play.

That is, the Puritan Regime under Oliver Cromwell had “imposed a very strict moral code upon the people.”  That resulted in the “same old villainy” that plagues victims of oppression everywhere, and since time began.  That villainy – said Harry – was “being reported by friends, neighbors, and their own children.”  (Basically, for having too much fun.  Dancing, play-acting, kissing on the Sabbath…  In short, “gaiety of any kind.”)

But then Charles II got restored to the throne.  And in the era that followed, the best way to prove your loyalty to the new king was … “to have fun.”   And if you really wanted to prove to the new world order that you were “not now and never have been” a member of the Puritan Party, committing adultery was the most convenient way to prove it:

If a man and a woman were on a journey and they suspected the coachman of being a Government agent, they went to all sorts of extremes to prove their “loyalty” and throw the fellow off…   And so when the coachman peeked, and saw what was going on back there, he shrugged his shoulders; “Those people are all right, they ain’t no Puritans.”

See also Tongue-in-cheek – Wikipedia.  (Harry’s next column was “My sermon on informers.”)

That was Harry’s take on the Restoration of Charles II and the era of free love that followed.

And just to review the history here, it all started with the Execution of Charles I, in 1649.  (From a site that said “King Charles I was his own worst enemy.  Self-righteous, arrogant, and unscrupulous; he had a penchant for making bad decisions.  His troubles began the moment he ascended the throne in 1625…”)

That execution came near the end of the English Civil War.  (At right, actually a series of three civil wars.)  And after the Puritans executed Charles I, his son – Charles II – was forced into exile.  Then the English monarchy was replaced with the Commonwealth of England, from 1649–53.

And here’s how one English history-writer described everyday life under the Puritans.

He said the Puritans “concerned themselves actively with the repression of vice.” (To say the least.)  Gambling and betting were forbidden, and in 1650 the Puritan Parliament made adultery punishable by death.  “Drunkenness was attacked vigorously,” and swearing was punished by a series of graduated fines.  And “Christmas excited the most fervent hostility of these fanatics.”  (Since it often gave rise to carnal and sensual delights):

Soldiers were sent round London on Christmas Day before dinnertime to enter private houses without warrants and seize meat cooking in all kitchens and ovens.  Everywhere was spying and prying.

“Walking abroad on the Sabbath” became a crime.  (Unless you went to church, and then only a church in your own parish.)  All sports were outlawed, as was “going to the theater.”  And the Puritans thought “poverty should be punished rather than relieved.”  (Their Poor Law “has been called ‘harshness coupled with failure.'”)  And that’s not to mention the hypocrisy:

(Does any of this sound familiar?)   But then – at last! – came the Restoration of Charles II to the throne, together with the generally peaceful overthrow of the hated Puritan regime:

Nature, affronted, reclaimed her rights with usury.  The [Puritans] had punished adultery with death; Charles scourged faithfulness and chastity with ridicule…  It was with relief that the public learned that the King had taken a mistress from the people, the transcendently beautiful and good-natured Nell Gwynn, who was lustily cheered in the streets as “the Protestant Whore…”  The King’s example spread its demoralisation far and wide, and the sense of relief from the tyranny of the Puritans spurred forward every amorous adventure.

Getting back to Harry’s column on adultery as proof of loyalty.  (Not to mention his “sermon on informers…”)  Together they bring up the “in our own day” he referred to.  Golden’s 1959  was right after the “Second Red Scare, lasting roughly from 1950 to 1956.”  (1959 was also the year when the “politically conservative climate” of the 1950s began to give way to the “Swinging Sixties.”)

So I think Harry’s main point was that history repeats itself in cycles.  So the question is:

Which cycle are we in now?? The upper image is courtesy Nell Gwynne – Image Results. See also Scandalous Facts About Nell Gwyn, England’s Royal Mistress, the article accompanying the image, and the article Nell Gwyn, included in Charles II of England – Wikipedia, the free encyclopedia.   The full caption reads:  “Nell Gwynn was one of the first English actresses and a mistress of King Charles II of England.”

The lower image is courtesy of McCarthyism – Wikipedia, the free encyclopedia.

Joseph Nye Welch – shown above – was “head counsel for the United States Army while it was under investigation by Joseph McCarthy’s Senate Permanent Subcommittee on Investigations for Communist activities.”  On the thirtieth day of the hearings, McCarthy accused a junior attorney in Welch’s law firm of a youthful association with a “Communist front organization.”  Welch’s response is widely believed to have been McCarthy’s downfall.  See also Wikipedia:

Until this moment, Senator, I think I have never really gauged your cruelty or your recklessness.  Fred Fisher is a young man who … came into my firm and is starting what looks to be a brilliant career with us.  Little did I dream you could be so reckless and so cruel as to do an injury to that lad…   [At this point, McCarthy tried to renew his attack, but Welch interrupted him:]  Senator, may we not drop this?  We know he belonged to the Lawyers Guild.  Let us not assassinate this lad further, Senator.  You’ve done enough.  Have you no sense of decency, sir?  At long last, have you left no sense of decency?

(Emphasis added.)  Said Downfall,  “At this point, the entire American public viewed McCarthy with disdain.  On television, the senator from Wisconsin came off as cruel, manipulative and reckless.”

Getting back to Charles II of England , the article included the following:

Charles had no legitimate children, but acknowledged a dozen by seven mistresses, including five by the notorious Barbara Villiers, Lady Castlemaine, for whom the Dukedom of Cleveland was created.  His other mistresses included Moll Davis, Nell Gwyn,Elizabeth Killigrew, Catherine Pegge, Lucy Walter, and Louise de Kérouaille, Duchess of Portsmouth.  As a result, in his lifetime he was often nicknamed “Old Rowley,” the name of one of his horses which was notable at the time as a stallion.  (E.A.)

The full column by Harry Golden – “When adultery was proof of ‘loyalty'” – can be found at pages 210-11, of the 1959 Permabook edition of Only in America.

Re: “not now and never have been.”  See McCarthyism, during which era many people “signed affidavits swearing they were not and had never been Communists.”

The quotes from the “English history writer” are from Volume 2 of Winston Churchill’s A History of the English–Speaking Peoples.  Volume 2 was titled, “The New World.”  The quoted material is from pages 240-41 and 264 of the Bantam Books edition, published in 1968.