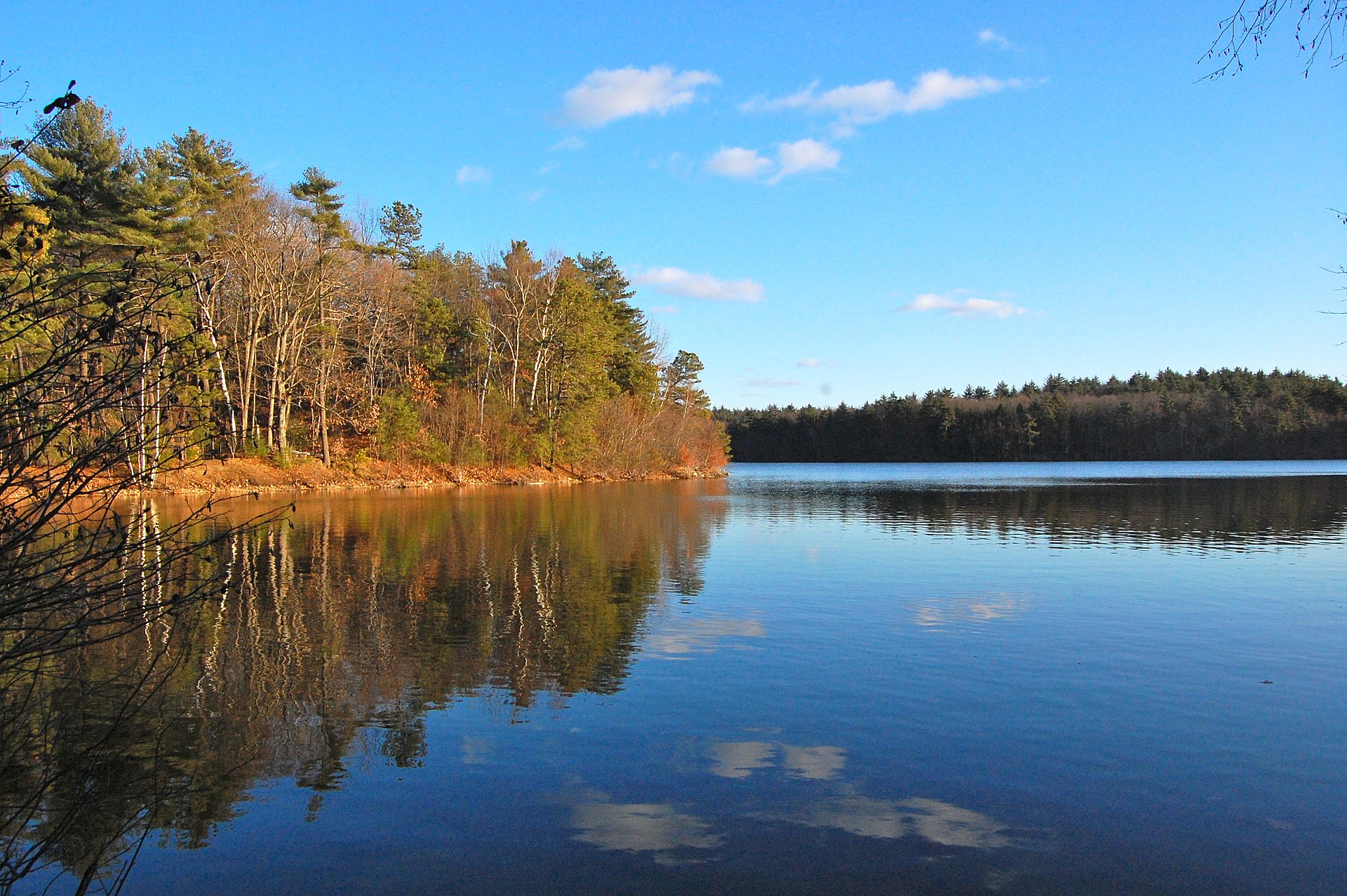 There in the quiet, [I] could finally come to think about what I had seen and try to arrange some pattern…  Maybe understanding is only possible after.  Years ago when I used to work in the woods it was said of lumber men that they did their logging in the whorehouse and their sex in the woods.

And so it seems to have been with my recent road trip.

As noted in Part I, I love John Steinbeck’s Travels with Charley.  So I decided to model my recent two-week road trip after his.  (To make my travelog a microcosm of his.)  And I’m not alone:  See A “Travels With Charley” Timeline, which noted among other things that “’TRAVELS WITH CHARLEY’ MAKES A LOUSY MAP.”  (That criticism notwithstanding, it’s a pretty interesting read...)

One thing I remember is his saying lumberjacks did their whoring in the woods and their logging in the city – i.e., the bar and/or whorehouse.  Which is another way of saying that it’s only now that my trip is over that I can look back and relish the memories just lived through.

Like kayaking across the Delaware River just below Wilmington (at left), or seeing Atlantic City from the 32d-floor penthouse of a swanky hotel, or hiking 17 miles in a day and a half on New york City’s hard concrete sidewalks.But more about that later.

To bring you up to speed, I started off by leaving the Atlanta area shortly after noon on Friday, June 26.  (Actually, after lunching with Mi Dulce at the Olive Garden near Conyers GA.)

A note:  When I first formulated my plan, I assumed I’d need to get around the Atlanta Beltway – always a challenge – before the traffic got really bad.  Then I further assumed I could get to Columbia SC by the end of the day.  That original plan also envisioned me camping on the way up, but that was when the spring weather was nice and cool.

It was also before I started reading the fine print about camping these days.

Steinbeck’s method of camping may have been feasible in 1960, but not today.

Motor homes and recreational vehicles swarm the highways, and most localities now have stringent regulations about such vehicles camping overnight, as Steinbeck did.  (On the other hand, some high-volume businesses welcome such RVs in their parking lots overnight, figuring the occupants will spend some money there.)  But the key difference is the cost of staying overnight in a campground, even if it’s a state park.

I figured to save some money on the way up to  Atlantic City – where I was to meet my brother and sister-in-law on Sunday night, June 28 – by taking along a tent.  But again – as I found out – the days of camping a la Steinbeck are no more.

Then there was the weather to consider.  (Steinbeck took his road trip after Labor Day.  I took mine in mid-summer, when the hordes of touristy-types were in full force.)  Meaning by the end of June the weather was a little too hot.  All of which meant that for just a tee-toncey bit more than the price of sweating out a summer’s eve in South Carolina or Virginia, I could sleep in a nice air-conditioned motel room.

Be that as it may, that first night I made Florence – farther than Columbia – and stayed at a Thunderbird Inn.  On Saturday June 27 I made my first sight-seeing stop, the Airborne and Special Operations Museum in Fayetteville NC, home of Fort Bragg.  (Not to be confused with Fort Bragg, California.)

That ASO Museum brought back memories of my younger days, like  when I too jumped out of perfectly good airplanes…  And it was well worth the price of admission.  I could say the same thing about downtown Fayetteville.  It’s a charming little downtown area, and not at all what I’d been led to expect.

But the drive up I-95 from there turned out to be trouble.  For one thing, I had to battle a long line of rain and thunderstorms all afternoon.  For another thing, the interstate was packed with tourist-traffic, so I had to keep getting off, taking back roads and eventually coming back to I-95.

I’d planned to take the back road to the Jamestown Ferry to Williamsburg, but eventually it got too late in the day for me to take that scenic interlude.  I ended up not getting to the Motel 6 in Williamsburg – where I’d made an online reservation – until 8:00.  Driving in through town I noticed the businesses in the area had no lights.  My thought was, “What?  Do they roll up the sidewalks at 7:00 around here?”  Then I spotted the motel and pulled in.  A whole bunch of people started cheering like mad, and I thought, “Geez, they’re really friendly here!“

As it turned out, they’d had no power since 5:00, when the passing storms knocked it out.  So the power – and the lights – had just come back on as I pulled in.

The next morning – Sunday – I woke up early, at 5:30.  I got a McDonald’s senior coffee and walked through the touristy areas of Williamsburg while it was still quiet.  (I used to like Williamsburg a lot more.  Now it’s too much like Disney World, where you buy a too-expensive all-inclusive ticket, then try to figure out how to maximize your cost-benefits.  I guess a part of me is as grumpy as Steinbeck was, sometimes…)

From there I drove across the bridge from Hampton Roads to Norfolk, then down to Virginia Beach and up to where I supposed the First Landing State Park was.  (Noted below.)  I now know that I passed very close by it, but never did actually see it.  (The phone-map-app isn’t infallible after all, especially when you’re trying to drive while viewing it.)

Eventually I took the Chesapeake Bay Bridge – seen at right – and up to the Cape May Ferry.   In this way I planned an “end run” around the twin monsters of traffic around Baltimore and Washington D.C., not to mention the endless tolls on I-95.  That plan mirrored Steinbeck’s own end run through  Ontario, thus “bypassing not only Erie [PA] but Cleveland and Toledo.*”

His trick play ended in harassment and humiliation by U.S. Customs Officials.  Because of that he stayed that night in the most expensive auto court he could find, “a pleasure dome of ivory and apes and peacocks.”  There he ordered room service with all the trimmings:

I overtipped mercilessly.  Before I went to sleep I went over all the things I wished I had said to that immigration man, and some of them were incredibly clever and cutting.

My end run was marred only by my missing the 4:15 ferry by a hair.  Because of that I had to order a beer and sit around the Lewes, Delaware terminal, waiting for the 5:15 boat.

The point is I guess in some ways I am very much like Steinbeck.  (Notwithstanding my devotion to aerobic exercise on the road, as noted in Part I.)  I may take interstates to make good time, when necessary.  I despise “5:00 traffic,” and especially when it lasts from 7:00 to 10:00 in the morning and 3:00 to 7:00 in the evening, as it tends to do these days.

So anyway, my goal that fine Sunday was to reach Atlantic City and it’s famous Boardwalk. The upper photo is courtesy of Walden – Wikipedia, on the “reflection upon simple living in natural surroundings” made famous by transcendentalist Henry David Thoreau. The caption:  “Walden Pond discussed extensively in chapter, The Ponds.”

Re: Steinbeck’s book.  The quote about lumberjacks and whores is on page 109 of my 1980 Penguin Books edition.  The part about his proposed “end run” into Ontario runs from page 84 to 88.  And for a site with a number of TWC quotes see Travels With Charley – Route 99.

Re: The Atlanta Beltway, better known to locals as “the Perimeter” and/or the Bypass.  It has the honor of being “one of the most heavily traveled roadways in the United States, and portions of the highway slow, sometimes to a crawl, during rush hour.”  See Interstate 285 – Wikipedia.

Re: Chesapeake Bay Bridge image.  The caption: “view of the Virginia Beach entrance to the bridge.”

Re: “missing the 4:15 ferry by a hair.”  I would have made it, but got behind some knucklehead at the red light at the Highway 9 turn-off to the Lewes terminal.  This particular knucklehead didn’t know the rule about right on red, so he let six or seven cars turn left into the terminal, coming from the other direction.  I missed getting loaded on to the 4:15 ferry by two cars…

The lower image is courtesy of A Look Back at Atlantic City Boardwalk [VINTAGE PHOTOS].

Re: “camping a la Steinbeck.”  The notes below are another advantage of writing that Steinbeck didn’t have.  As noted, “I figured to save some money on the way up … by taking along a tent.”

The first night out I planned to pitch a tent at the Sesquicentennial State Park southeast of Columbia.  The price would have been from $19 to $27 for a night, with water and electricity.   Then the second night I figured I could reach First Landing State Park, between Norfolk and Virginia Beach.  I’d never been there, and prices were said to range from $24 to $32, “plus tax.”  According to the camping link at Park Fees – Virginia Department of Conservation, the “standard” fee for one night is $24, while a site with water and electric cost $35.

At first that $24 didn’t seem too bad.  At least when I did my original planning, back when the weather was still cool.  (At least half the cost of a Motel 6.)  But then I started reading the fine print.  The rate for First Landing was for Virginia residents.  For non-residents the cost was $28 for “standard,” and $41 for a site with water and electric.  Which brought to mind the days of my youth – circa 1965 – when my mother took at least three of us boys around the United States – twice.  She could only do it by tent-camping, because that was far less expensive.

But those days are no more.  The explanation may well be that our politicians may still be saying, “Read my lips: no new taxes.”  They may still be saying that, but instead of “taxing,” they’re nickel-and-diming us right and left.  One result is that tent-camping is no loner a feasible way to save some money on a road trip like mine.  It now costs almost as much as a motel…