“Are you telling me that President Donald Trump can’t just up and pardon himself?”

There’s been a lot of hubbub lately about whether President Donald Trump can pardon himself.

Why?  The simple answer:  The idea that a sitting president could murder someone – in cold blood – and then blithely pardon himself,* is patently absurd.  The idea is so patently absurd that the Founding Fathers would never have dreamed that a future president would be so full of himself that he would even think of that idea, let alone implement it.

Which brings up the “legal theory in American courts” known as the absurdity doctrine:

The absurdity doctrine is a legal theory in American courts.  One type … called “evaluative absurdity,” arises when a legal provision, despite appropriate spelling and grammar, “makes no substantive sense.”  An example would be a statute that mistakenly provided for a winning rather than losing party to pay the other side’s reasonable attorney’s fees.

Then there’s the long-established legal rule that “no man can be a judge in his own case.” 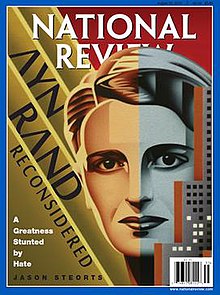 In fact, it’s so old that it goes back to the original Latin:  “Nemo iudex in causa sua.”  And even the conservative National Review – as seen at right – has called it that “familiar legal principle,” to wit:  That judges must “remove themselves from cases where their own interest is at stake or their bias will come into play.”

(Or put another way, what would Donald Trump’s ardent supporters have said if Bill Clinton had tried to pardon himself?)

Then there is the fundamental tenet of American law that all men are created equal.  The phrase has been called the “immortal declaration,'” and also been called the one phrase in the Declaration of Independence “with the greatest ‘continuing importance.'”

Then there’s the related idea that no man is above the law.   (It’s also known as the rule of law.)  And that’s a rule of law which at least one Supreme Court justice has vowed to uphold:

Supreme Court nominee Neil Gorsuch [ – he was confirmed on April 7, 2017 – ] said Tuesday that “no man is above the law” when pressed on whether President Donald Trump could reinstitute torture as a U.S. interrogation method.

So again the comparison:  According to our newest Supreme Court Justice, Donald Trump could not “reinstitute torture,” but according to Trump he could murder someone – or rape a dozen women, or molest a child – and then pardon himself.

Which – finally – brings up the legal doctrine of equality before the law.

That’s an idea that goes back to the time of the Bible.  For example Deuteronomy 16:19 holds, “You shall not distort justice;  you shall not be partial, and you shall not take a bribe, for a bribe blinds the eyes of the wise and perverts the words of the righteous.”

And yet in Donald Trump’s world, that phrase would be turned on its head.  To borrow a phrase from George Orwell’s novel Animal Farm, The Donald might say, “All Americans are equal before the law, but of course I am way more equal than any other American…*”

The image to the left of the first, “simple answer” paragraph is courtesy of The Quartet: Orchestrating the Second American Revolution, by Joseph J. Ellis.  The four Founding Fathers pictured on the cover include Alexander Hamilton, George Washington, John Jay, and James Madison.

“Note” also that an asterisk in the main text indicates a statement supported by a reference detailed further in this “notes” section.  Thus as to the “short answer” that Trump can’t pardon himself:  For an opposing view see Yes, Trump can legally pardon himself or his family.

As to the idea that a “sitting president could murder someone – in cold blood – and then blithely pardon himself,” see The Use of Hypothetical Questions as Weapons at Trial:

The point being there would be literally no limit to Trump’s claim of a complete power to pardon.

Re:  Equality before the law.  The Wikipedia article noted the author Anatole France, who said in 1894 that “In its majestic equality, the law forbids rich and poor alike to sleep under bridges, beg in the streets, and steal loaves of bread.”

Re:  “I am way more equal.”  The actual quote from Animal Farm occurs when the original laws “are abridged to a single phrase:  ‘All animals are equal but some animals are more equal than others.'”

For a more learned analysis of the issue at hand, see No, Trump can’t pardon himself. The Constitution tells us so.  Then there’s the article No president can pardon himself:

Here’s some unsolicited advice for President Donald Trump:  Don’t listen to any lawyers who might tell you that you can pardon yourself, or even that it’s a close legal question.  You can’t — and no court is going to rule otherwise.

Or see OPINION | Dershowitz: Can the president pardon himself?  It included the legal tenet that No man is allowed to be a judge in his own case.  That’s from James Madison, in his Federalist 10.

Re:  The National Review on a man judging his own case.  See, Misreading Federalist No. 10.

The lower image is courtesy of the web article Attorneys Explain Why Trump Must Be Impeached!  The image was featured in From 11/8/16: “He’ll be impeached within two years…”