There’s been a lot of hubbub lately about Donald Trump’s pardon power.  And a lot of Americans worry that he could use that pardon-power so freely that he could avoid any successful prosecution.  (Either against himself or against any of his underlings.)

The first question has already been answered:  He can’t pardon himself.  (See No Donald, you CAN’T pardon yourself.  And even if he could, that “self-pardon” would only apply to federal crimes, not state crimes or civil suits.)  But that still leaves the question:  “If Trump pardons anyone and everyone who could incriminate him, wouldn’t that be the same as ‘pardoning himself?’”

The answer?  “Not necessarily.”  Which brings us back to the years from 1972 to 1974.  Back to “Deep Throat,” Richard Nixon, the Watergate scandal, and the movie – and book – All the President’s Men.

And for you thinking this is “like deja vu all over again,” it is…

First of all, I wanted to call this post, “The truth will come out…”  (Because that’s what I believe.)  Then I started re-reading All the President’s Men, the 1974 book by Bob Woodward and Carl Bernstein.  I was looking for the part where “Deep Throat” lectured Woodward on the importance of building a conspiracy investigation slowly, “from the outer edges in.”  (In an obscure parking garage at 3:00 a.m…)

I checked out the hard copy from a local library – my paperback is somewhere “lost in my house” – and eventually found the passage in question.  Then I started typing in the lecture, and the phrase “the rope has to tighten slowly” sounded ever so much better.

But here we cut to the chase.  Specifically, could Donald Trump use his pardon-power so freely that he could avoid any successful prosecution?  Put another way, what would happen if Trump pardoned all those lower-level minions who could possibly incriminate him?

Just this.  Since those “minions” will have been pardoned, they will no longer face the prospect of incriminating themselves.  Which means they can be compelled to testify.  And if they refuse to testify, they can be jailed for contempt of court.

And once they testify, a prosecutor – or Democratic Congress – can start building a case against Trump for obstructing justice.  For one thing, granting pardons to hide a criminal act is a criminal act itself.  Which brings us to the old saying, “The wheels of justice turn slowly, but grind exceedingly fine.”  (As illustrated at left.)

And today’s antithetical version: “Why is the Mueller investigation taking so long?”  (Note that that complaint was lodged as early as five months after Mueller was appointed.  Which brings up the classic American need for instant gratification, but that’s a whole ‘nother story…)

Which brings us back to 1974, and “Deep Throat” lecturing Bob Woodward on the importance of building a conspiracy investigation slowly.  You can read the full lecture – and background – at page 196 of the Simon and Schuster (1974) hardback, All the President’s Men:

“A conspiracy like this … a conspiracy investigation … the rope has to tighten slowly around everyone’s neck.  You build convincingly from the outer edges in, you get ten times the evidence you need against the Hunts and Liddys.  They feel hopelessly finished – they may not talk right away, but the grip is on them.  Then you move up and do the same thing to the next level.  If you shoot too high and miss, then everybody feels more secure.  Lawyers work this way.  I’m sure smart reporters do too.  You’ve put the investigation back months.  It puts everybody on the defensive – editors, FBI agents, everybody has to go into a crouch after this.”

The book added, “Woodward swallowed hard.  He deserved the lecture.”

The point is this:  The Mueller Investigation started over a year ago, in mid-May, 2017.  So far – it appears – it has resulted in 17 indictments and five guilty pleas.  So what happens if Trump starts pardoning more lower-level people?

Simply this:  They lose their Fifth Amendment right not to incriminate themselves.  They can be compelled to testify, on pain of being jailed for contempt of court.  The Mueller Investigation might end, but we would begin a whole new series of state criminal proceedings.  As in any state like New York where “The Donald” or his minions have done business.

And the “noose-tightening” would start all over again…

Or – like Tom Cruise in A Few Good Men – real Americans just Want the Truth!

The upper image is courtesy of Just The Facts Ma’am – Image Results.  But see also Joe Friday – Wikipedia, which noted that Detective Friday never actually used the phrase:  “A common misattributed catchphrase to Friday is ‘Just the facts, ma’am.’ In fact, Friday never actually said this in an episode, but it was featured in Stan Freberg‘s works parodying ‘Dragnet.'”  See also FACT CHECK: Dragnet ‘Just the Facts’ – snopes.com.

Re: Pardons and the Fifth Amendment.  See Would a full presidential pardon void an individual’s 5th Amendment protection, and Donald Trump Pardons: How a Pardon Could Backfire.  For a fuller explanation of “contempt of court” in such circumstances, see If you’re pardoned, can you be compelled to testify about your crime?

Re:  “The wheels of justice turn slowly.”   See Justice – Wikiquote, under the letter “F,” which noted the saying has “appeared in various forms over the millennia, going back as far as “Euripides circa 405 BCE.”  In other words, the concept was known at least over 2400 years ago.

Re:  The Mueller investigation starting on or about May 17, 2017.  See Robert Mueller, Former F.B.I. Director, Is Named Special Counsel for Russia Investigation.

Note that the ellipses (“…”) were in the original “Deep Throat” quote in All the President’s Men.

The lower image is courtesy of Tom Cruz I Want Truth – Image Results. 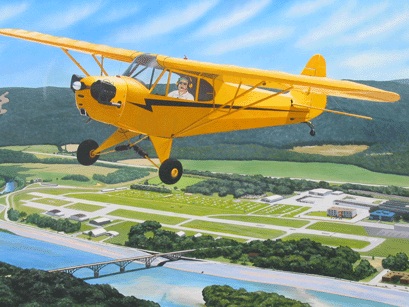