Which adds up to a grand total – for two years, not counting the rest of November and December, 2018 – of 652 mass shootings under Trump so far.  That’s four times greater than Obama’s eight years, in one-fourth the time. 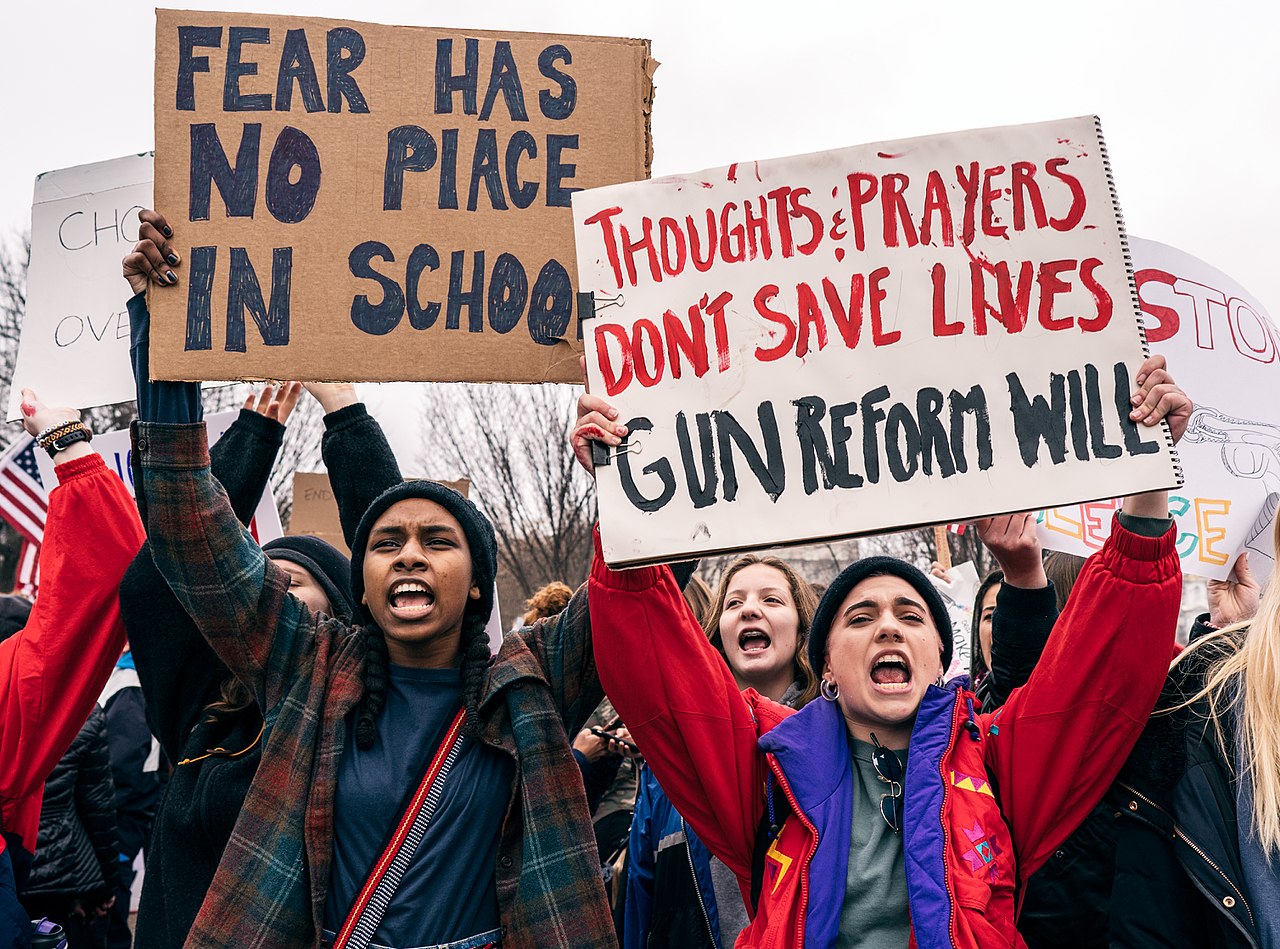 All of which adds up to a grand total – so far – of 789 mass shootings* during Donald Trump’s presidency.  That’s compared to a “mere” 162 mass shootings – at least relatively speaking – during the eight years Obama was president.  That adds up to almost five times the number of mass shootings (4.87) in about one-fourth the time.*  (Then of course the Archive had a link to the “Last 72 hours,” totaling 13 pages of incidents, as of May 1, 2019.)

In turn, “it is very meet, right, and our bounden duty” to hold Trump accountable for his part in these tragedies.  For reasons including that Trump held Obama responsible for such tragedies during his presidency, and as indicated in Bible says.  But I’m not the only one who thinks so.

See the October 2018 article, Why it’s fair to ask whether Trump is to blame.  Senior reporter Aaron Blake gave a lengthy analysis, including the “growing sense of grievance among Republicans about the narrative that Trump might have some culpability for the postal bombs that were sent to many of his high-profile political foes over the past week.”  (Another tragedy.  See ‘MAGA Bomber’ pleads guilty to sending 16 parcel bombs to Trump opponents.)

But Blake began by noting that “the fact that Trump’s rhetoric is without compare in American politics makes that a logical question.”  He then added that it’s true political violence is nothing new, but when “confronted with a data set, you always look for the variables.”  And Trump’s divisive rhetoric is “a highly unique variable.”  After reciting examples of Trump-Speak – illustrated at left – Blake said, “This isn’t normal.  It’s an aberration.  And it’s possible it might produce aberrant results.”

Aberrant results like a big spike in the number of mass shootings, in America and elsewhere.

Blake then cited input from “the other” –  conservative – side of the aisle, National Review’s David French.  French began by observing that “not all listening ears” are sober-minded or rational, which is one reason that civility is important.  Which led him to this thought:

Political speech can inspire violence…  While it’s not always true that the pen is mightier than the sword, it’s absolutely true that the pen often inspires the hand that wields the sword:  It foments revolutions, it motivates murderers, and it radicalizes terrorists.

All of which should be a prime example of overstating the obvious. 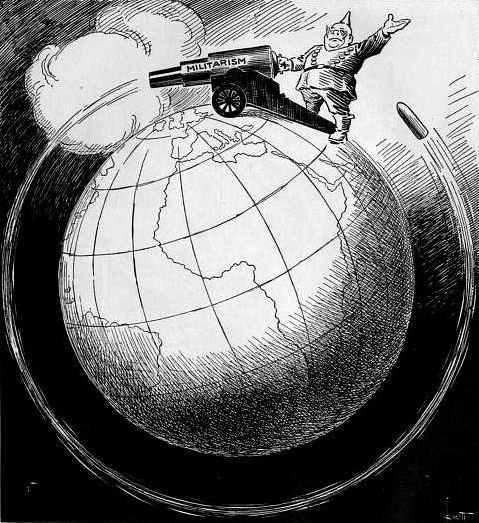 But there’s a point that neither Blake nor French mentioned.  Call it Karma (“bad intent and bad deeds contribute to bad karma,” as illustrated at right), or turnabout is fair play (“It is fair for someone to suffer the pain that they have inflicted on others”).  Or you could just hear what Jesus said in Luke 6:38, “The measure you use for others is the one that God will use for you.”  (Which – I said at the time – should give ‘the Donald’ pause for thought.)

(And not just The Donald.)  Which led to this from David French:

Speech can inspire violence…  It’s one reason why civility and a sense of proportion in your speech aren’t just abstract, sanctimonious, or elitist concepts.  They’re moral responsibilities for people with any kind of meaningful platform…  It turns out that some people will actually believe the terrible things that politicians or celebrities say, and they’ll act on those beliefs.

And so, Mr. President – Mr. “Person With a Highly Meaningful Platform,” or Bully pulpit – maybe it’s time to tone the rhetoric down a bit.  Or a lot.  And by the way, I mention all this as an Ezekiel 3 concern, and not a Deuteronomy 19 accusation…  (A bit of “Biblical CYA.”) 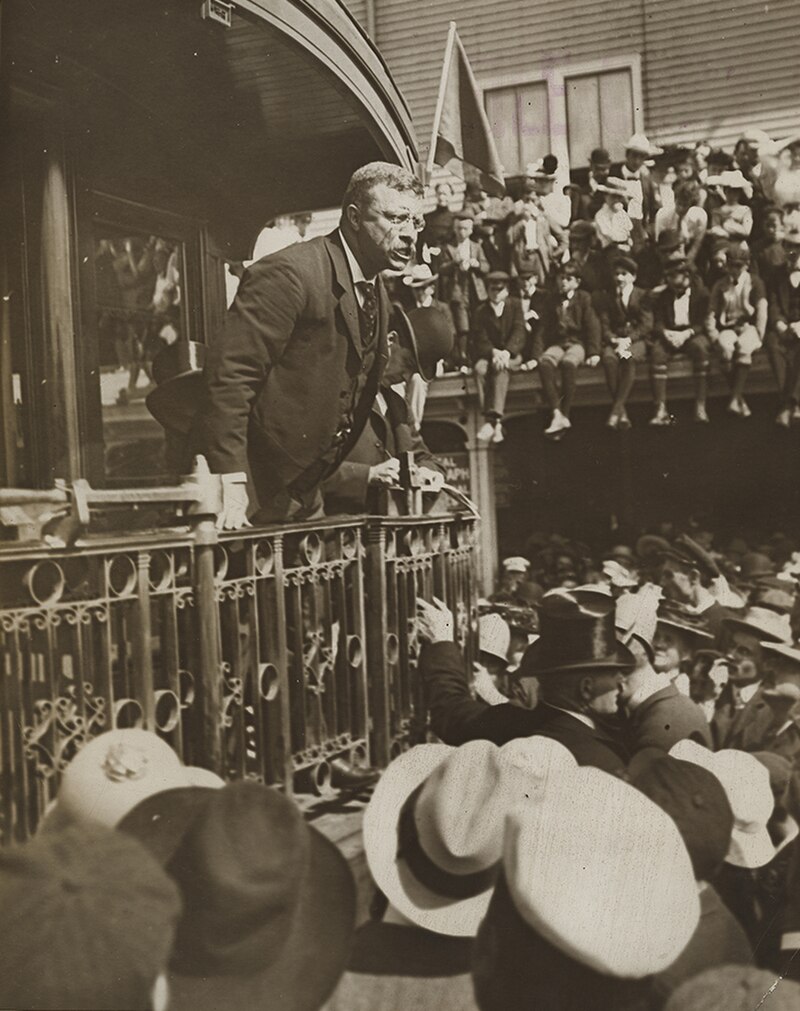 Teddy Roosevelt, who was both a real Republican and a real president…

The upper image is courtesy of the Gun Violence Archive, for January 1-May 1, 2019.

Re:  The August 20, 2019 update.  As of that date the number of mass shootings stood at 262, up from 104 on May 3.  Which means an added 158 mass shootings from May 3 to August 20.  Which adds up to a total of 947 mass shootings since Donald Trump became president.  (Compared to 162 during Obama’s eight years.)  Which means that – at a minimum of four victims per mass shooting (see the note below) – at least 3,788 Americans have died from mass shootings in Trump’s “2 years, 211 days.”  For a minute-by-minute update, see How long has Trump been president?

Re:  “Mass shooting.”  The generally-accepted definition: “an event where someone selects four or more people indiscriminately, and kills them, echoing the FBI’s definition of the term “mass murder.”  See Mass shooting – Wikipedia, and/or How is a ‘mass shooting’ defined? | PolitiFact California.

The “fear has no place” image is courtesy of Wikipedia, Stoneman Douglas (“Parkland”) High School shooting.  the caption: “Students protest gun violence outside the White House.”

Re:  Five times the number of mass shootings (4.87) in about one-fourth the time.  The actual number is 4.87 times the number of mass shootings.  That number was reached by calculating two years from 1/20/17 to 1/20/19, plus a little over three months to last April 20.  Which equals 27 months for Trump, compared to the 96 months that Obama served.  Thus the actual percentage is 28.125% of Obama’s 96 months as president.

Re:  Ezekiel and Deuteronomy.  Ezekiel 3:16-19 basically says if you see a wayward soul and don’t warn him, you’ll both be punished, but if you do warn him – and he ignores you – you’ll at least save your own spiritual butt.  On the other hand, Deuteronomy 19:16-19 says if you accuse someone of a heinous crime and they’re not guilty of it, you’ll be punished as if you committed the crime yourself.  Thus I’m not accusing Donald Trump of being responsible for all those deaths, I’m merely issuing a warning.  So if Donald ignores my warning, I’ll still save my spiritual butt, according to Ezekiel 3.  (Although heaven knows where he’ll end up.)

Re:  “Bully pulpit,”  See also Bully Pulpit | Definition of Bully Pulpit by Merriam-Webster and An Open Letter to a Pulpit Bully – Home • ChurchLeaders:

It is dangerous, however, if you choose to invert that bully pulpit from a place of influence to a position of control. Transposing from advocacy to autocracy will degrade your platform from a bully pulpit to the platform of a pulpit bully.

The “Karma illustrated” image is courtesy of Wikipedia.  The caption:  “‘It Shoots Further Than He Dreams’ by John F. Knott, March 1918,” referring to Kaiser Wilhelm at the end of World War I.