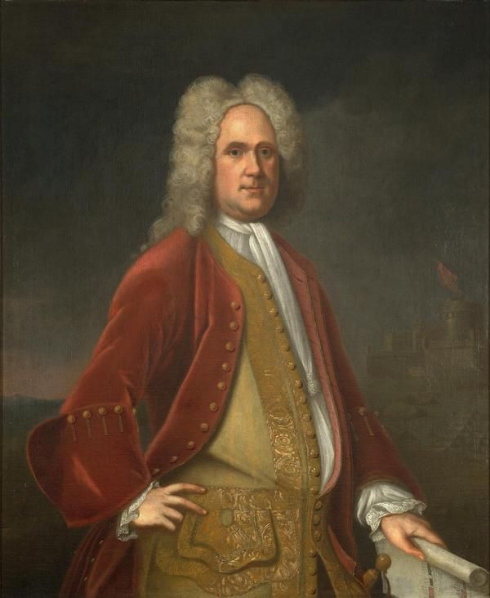 I just started reading Undaunted Courage: Meriwether Lewis, Thomas Jefferson, and the Opening of the American West, by Stephen Ambrose.  In the process I found a timely passage – relevant to today’s political scene – at the start of Chapter 2.  It described Lewis when he was a young “Virginia Planter,” from 1792 to 1794.  (“Touchstone” edition, 1997, pages 30-31.)

That “change of life” was a direct result of the Whiskey Rebellion.  (The “tax protest” in western Pennsylvania, from 1791 to 1794, during the presidency of George Washington.)

That is, in 1794 Meriwether Lewis joined the Virginia militia, to help put down the Rebellion.  In turn he left the family plantation in the care of his mother.  At the end of his term (1795), his mother wanted him back home to run the plantation.  Instead he joined the regular U.S. Army and – In due course – got court martialed.  (For “arguing politics” with a fellow officer.)  He was found not guilty, but had to be transferred to a different outfit.  As it turned out, he joined the “Chosen Rifle Company of elite rifleman-sharpshooters.”  The captain of that company was William Clark,* with whom he went on to explore the Louisiana Purchase.

But we digress…  The point is this:  Ambrose began Chapter 2 by describing the life of a Virginia planter in the mid-1700s.  (“Foaled, not born, Virginia planters were said to be,” in part because riding a horse “was not a matter of sport or diversion but of necessity.”)  Ambrose continued:

A Virginia gentleman was expected to be hospitable and generous, courteous in his relations with his peers, chivalrous toward women, and kind to his inferiors.  There was a high standard of politeness…  Wenching and other debauchery, heavy drinking, and similar personal vices were common enough, but as long as they did not interfere with relations between members of the gentry they were condoned.  The unpardonable sins were lying and meanness of spirit.  [E.A.]

But among the results from “mean spirited” was a May 2012 piece from Newsmax.  (The “multiplatform network focused on conservative media…  the most trafficked conservative website,” and – according to one study –  “the number one site for conservatives in the U.S., making it one of the most influential conservative news sites in the nation.”)

The title of that 2012 article?  Donald Trump [says] Mean-Spirited GOP Won’t Win Elections.  Which made for some interesting reading.

Among the gems:  Trump said he “really doesn’t like to fire people,” a point that was confirmed by a “top aide for 26 years.”  The aide said that “there are two Donalds: the ‘outrageous’ one portrayed on television and the real one only insiders know.”  The private Donald Trump – the aide insisted – is “the dearest, most thoughtful, most loyal, most caring man,” and that “caring side inspires loyalty and is one of his secrets to success.”

But the main Trump point:  “The Republican Party will continue to lose presidential elections if it comes across as mean-spirited and unwelcoming toward people of color.”  Then too:

The upper image is courtesy of Alexander Spotswood – Wikipedia:

[He] was a Lieutenant-Colonel in the British Army and a noted Lieutenant Governor of Virginia.  He is noted in Virginia and American history for a number of his projects as governor, including his exploring beyond the Blue Ridge Mountains, his establishing what was perhaps the first colonial iron works, and his negotiating the Treaty of Albany with the Iroquois Nations of New York.

Other notes:  “Spotswood Hall,” at the College of William and Mary was named for him, along with “Old Spotswood, a cannon seized during the Revolutionary war,” along with the Spotswood Society.  Spotsylvania County in Virginia is also named for him:  “Spots” + “sylvania” (“woods” in Latin).  The county seat is Spotsylvania Courthouse, the sight of a Civil War battle in May 1864.

Yet another BTW:  “Virginia Gentleman” is also the name of a bourbon, a hot sauce, and a “men’s collegiate a cappella group,” the oldest such group at the University of Virginia,” founded in 1953.

Re:  Lewis having to transfer to Clark’s rifle company because of a court-martial.  Army regulations at the time forbade officers from either using “reproachful or provoking speeches” to another officer, or challenging him to a duel.  Lewis was charged with “disturbing the peace and harmony of a Company of Officers” by arguing politics.  Not surprisingly, Lewis held “Jeffersonian” views, while the bulk of officers at the time were cherry-picked Federalists.  (Who went on to pass the Alien and Sedition Acts, arguably to quash political opposition.)  When Lewis got thrown out, he challenged the fellow officer – a Lieutenant Eliott – to a duel.  Lewis was found not guilty, in large part because the commander of the “Second Sub-Legion,” Mad Anthony Wayne, thought the regulations were – in a word – stupid:

So the partnership of Lewis and Clark, destined to become the most famous in American history, began because General Wayne preferred to have his officers fight out their differences in a duel rather than in a court-martial and therefore found for the man who had issued the challenge [Lewis] rather than the one who had followed the law and brought charges.

Re:  The Trump image to the right of the “Newsmax, mean-spirited” graf.  Most recently I borrowed it from the November 16, 2018 post, The Bible says: Blame Trump for “his” mass shootings.

Re:  A Virginia Gentleman being “hospitable and generous, courteous in his relations with his peers, chivalrous toward women, and kind to his inferiors.  There was a high standard of politeness.”  See Cherry-pick[ing] – Idioms … Free Dictionary.  And also Turnabout is fair play – Idioms … Free Dictionary.  To be fair – for example – the term “donald trump is kind to his inferiors” got nearly 13 million results, but those results included Katy Burns:  Trump fumes, and America loses a bit more of of itself, and Donald Trump’s mother asked: ‘What kind of son have I created?’  Another note:  I started typing “donald trump is” and immediately got the primary result, “donald trump is an idiot.”