Atticus Finch: A quintessential “intelligent Southerner” – of a type now Gone with the Wind? 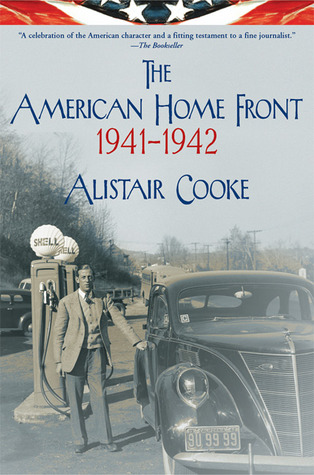 My last post – An early post-mortem – started with a note about my brother and I just finishing a four-day, 115-mile canoe trip down the Missouri River. (From Sioux City to Omaha, on July 12.)

But then I went on to take a look at “this time last year.” As a result of that, I did a combination-post using three draft projects I started a year ago. (“This time last year.”) That is, I combined those three draft-posts into Early post-mortem, to make one long post on those long-forgotten projects. (Plus the canoe “early post-mortem.”) Those three draft posts were on: 1) Gerrymandering, 2) humor as a weapon, and 3) – briefly – an ongoing book-project I’m working on, “My Adventures In Old Age.”

And why did I do that? Mainly because a “full postmortem account” of the canoe trip would “take time, and I’m long overdue to submit a new blog-post.” So here’s another delay in doing that full post-mortem.. But as it turns out, this project led to a “foreshadowing” post that I did about an earlier canoe-trip adventure…

To explain, once I got back home I started re-reading American Home Front: 1941-1942. In doing so I found a great quote for these challenging times. I’ll get to that quote later, but first want to note that two years ago I also started a review-post of the Home Front book. And in reviewing it I found some notes relating to my recent canoe-trip. Plus some good historical tidbits.

I wrote this first rough-draft paragraph for that review-post back in September, 2018:

For my recent long drive up to Canada – for my “Rideau Adventure” – I borrowed a book-on-CD from the local library: The American Home Front: 1941-1942, by Alistair Cooke. (Most people “of a certain age” know Cooke for his America: A Personal History of the United States. I have both the book and DVD version of the 13-part BBC documentary television series first broadcast in 1972.)

And today, aside from having both the book and DVD version of Cooke’s “America” docu-series, I now have the book version of his American Home Front. (Published in 2006, two years after his death.) And as noted, I started re-reading it again, once I got back from my latest canoe trip. In doing I found the following particularly relevant passage. It’s particularly relevant to me anyway, and I suspect to other people as well. People who may wonder “where did that guy go?”

The intelligent Southerner gives an impression you seldom meet elsewhere in America of having his own standards and of respecting you as a mature stranger while he keeps his own reserve.

“Intelligent Southerner?” “Respecting you as a mature stranger?” “Keeps his own reserve?”

Those phrases don’t come readily to mind today, whether after a session on Facebook or viewing a host of bumper stickers with sentiments like “Liberalism Is A Mental Disorder.” (To which you might reply, at least rhetorically, “Of course the only thing worse is a grumpy, bloated old white man threatened by change in the world.”) Which brings up Cooke’s comparison of that intelligent Southerner to most of the civilians he found around Louisville, the nearest big party town to Fort Knox – illustrated above right* – in March, 1942.

Cooke compared his intelligent Southerner (now mythical?) to the swarms of young people he saw as civilians in Louisville. And to the swarms of soldiers around town, from nearby Fort Knox. He said the civilian high-school boys he saw were “gawky and lifeless,” while the faces of their female companions were “innocent of any flicker of intelligence.” But to his credit, Cooke admitted – of this American town – that this was “an atmosphere that  no European need feel strange in. For it is the seeping seediness of English provincial towns.”

And just as an aside, it seems to this Old White Man – old but not grumpy – that way too many Americans these days have chosen that “seeping seediness.” But as for me and my house – or at least for me – “I will choose the way of the Intelligent Southerner.” Or try to anyway.

Nope, this “Georgia Wasp” still gets a kick out of life. And from now on I’ll cling to my own standards, while at the same time keeping my own reserve, and also trying to respect other all Americans as mature strangers. That’s going to be the hard part…

But getting back to my “Rideau Adventure.” Here’s a quote from the notes:

Another note: For the next canoe trip I’m getting a bigger tent and a cot. (No more sleeping on the ground for me.) But that trip won’t happen until at least 2020, as next summer my brother, his wife and I plan to hike the Portuguese Camino.

Which turned out to be right on point. The next canoe trip did happen in 2020, and it happened despite the fact that I fully intended – this summer of 2020 – to either join my brother and his wife on another Camino hike in Spain. Or – if that didn’t happen – to fly back to Israel to Walk the Jesus Trail. Of course neither overseas flight-plus-adventure happened this year, because of the COVID-19 pandemic. But who could have seen that coming, back in 2018?

Which brings up an email exchange shortly before we both left home to meet up in South Sioux City. (My brother from Utah, me from the ATL.) He reminded me of things I needed to bring, including a tent. He then added, “There would also be room for a folding cot…”

I wrote back: “A folding cot would be nice, but I only have that small two-person tent. Of course I could get a bigger tent, what with my stimulus check and all, but I’m wondering how many more canoe trips we’ll be doing. (Cost-benefit-wise.)” He answered, “I too wonder about how many more canoe trips. But I would imagine we’d be able to canoe great distances longer (age-wise) than walk great distances. The question is, is the interest still there.”

Just for the record: First, that was a good point about being able to canoe great distances longer than walking great distances. (At our age.) And second, the interest is definitely still there. That combination of Coleman Trailhead II Camping Cot and Ozark Trail 6 Person Dome Camping Tent made all the difference in the world. (Measuring 8-by-12 feet, instead my old 7-by-7 feet “two person” tent.*) That larger tent came in very handy on Saturday night, July 11. That was the night after my brother’s tent got destroyed by an 80-mile-an-hour windstorm… The upper image is courtesy of Atticus Finch – Image Results. Which leads to the question: “Why don’t we see more Southern Gentleman like him anymore?”

Re: Walking the Jesus Trail. A hike offered by Saint George’s College Jerusalem:

This course, new to St. George’s College in 2020, offers an exciting opportunity for pilgrims who wish to experience the land from an entirely different perspective: walking. The course will spend five days following segments of the Jesus Trail in the Galilee [(www.jesustrail.com] from Sepphoris (Zippori) near Nazareth to Capernaum, staying each night in a guest house or hotel along the way. Walkers will only carry day bags; luggage will be sent to the next guest house via the bus.

The lower image is courtesy of Windstorm In A Tent – Image Results. It was said to be accompanied by an article in the Kathmandu Post, “Storms compound lives under tent.” But when I clicked on “View Page,” I was advised, “Sorry, the page you are trying to access does not exist. But maybe the search gods can help you find what you’re looking for.” So I typed in the “storms compound” headline and got kathmandupost … storm-compounds-lives, from May 23, 2015. The subhead read, “High winds and thundershowers on Saturday evening added to the hardships of people taking refuge in tents in open spaces after the April 25 earthquake displaced them.” I’ll explain the differences in the two situations in a later post, but for now let’s just say that our situation involved only my brother and I, two people in two separate tents. But the photo does give you some idea what we went through, from 1:10 to 1:50 a.m., that Friday night/early Saturday morning, July 10-11, 2020. (Also, note the alternate spelling, “Katmandu | Bob Seger.”)

For some reason I put this note from a “president unfit” search in an early version of this post: “I got to that article (3/30/20) in The Boston Globe by starting to Google ‘a president ignored,’ based on a Washington Post article I’d just read. (See A president ignored: Trump’s outlandish claims increasingly met with a collective shrug.) But right after I typed in ‘a president’ the Google-phrase ‘president unfit for a pandemic’ came up. That led in turn to a number of media outlets reporting the Globe’s story; I saw 34,800,00 ‘search results’ from the Google-phrase. (Incidentally, the subtitle to the Globe article: ‘Much of the suffering and death coming was preventable. The president has blood on his hands.'”

I’m not sure what I originally intended that quote to relate to. (Freudian slip?)