Bernie Sanders, the replacement Democratic nominee in 2016?   (Can you say “October Surprise?”)

Have you heard?  Hillary Clinton is so concerned about her slipping poll numbers that she’s had secret talks with Bernie Sanders.  It seems that if it starts looking like Donald Trump will actually get elected, she’s prepared to abdicate.  She’ll see to it that Bernie becomes the Democratic nominee.  That’ll be her version of the 50-year tradition of “October Surprises.”

By the way, I just made that up.

On the other hand, you are now free to say “I read it on the Internet, so it must be true!”  (Bonjour!)  Which brings up the fact I was originally going to call this post, “Hillary wins in a landslide!”  But recent events put the kibosh on that idea.

My idea was:  The “landslide” could occur in one of two ways.  First of course Hillary might – might have? – get or have gotten elected this November.  (Even if only in the Electoral College. See The Electoral College – 2016. ) The other possibility – I thought – was that if “The Donald” really got elected, Hillary could go back to the Senate in 2018, repair her image, and in 2020 re-appear as the Democratic candidate.  (Heck, she might even do the “I told ya so” dance…)

But of course, that’s assuming Donald Trump turns out to be as bad a President as his political enemies expect.  For myself, I’m trying to take the broader view.  (The broader view that “the Republic” will survive, no matter who becomes the next president.)

Put another way, no matter who wins the election, he or she won’t be able to do nearly as much damage as his or her political enemies say.  (Mostly because whatever the outcome, the next president will face rabid opposition from at least 35 to 40 percent of the American electorate.)

Taking that broad view – the Republic will survive no matter who wins – is admittedly hard.

But for one thing, consider this:  We’ve survived an actor as president, not to mention another actor as governor of California, and a professional wrestler as governor of Minnesota.  (See Ronald Reagan, Arnold Schwarzenegger, and Jesse Ventura.)

So how bad could it be to have a businessman as president?

And incidentally, here’s what Wikipedia said about Ventura’s term as governor:  “Lacking a party base in the Minnesota House of Representatives and Senate, Ventura’s policy ambitions had little chance of being introduced as bills.”  But that’s a whole ‘nother subject.

Getting back to the possibility of Trump as president, consider the Federal Bureaucracy:

Oddly enough, that thought gave me great comfort back in 1974.  That was during the dark days of Richard Nixon’s impeachment.  I knew Nixon was inherently paranoid, and it worried me no end that he was the one man in the country with his “finger on the trigger.”  (Especially faced with the possibility of going down as the first president to be impeached and convicted.)

What gave me great comfort was the sheer size of the Federal Bureaucracy.  I figured that with so many Federal employees bent on protecting their own turf, that massive bureaucracy would act as a sort of ongoing, self-perpetuating mechanism – if not a self-guided mechanism – no matter what kind of wacko the president turned out to be.

Which brings up the connection between Donald Trump and that “Hells Angel.”

Years ago I read a book by Hunter Thompson:  Hell’s Angels: A Strange and Terrible Saga.  The original version was published in 1966, long before Thompson became a caricature of himself.  And I’ve long considered it both a classic of pure investigative journalism and a fertile source of mind-jangling metaphoric connections.   (See for example, On the wisdom of Virgil – and an “Angel.” )

And so it was – just the other day – when I read some stories about Hillary’s slide in the polls.  That raised the possibility that Trump might actually be “our” next president.  (See also That OTHER “Teflon Don.”)  For whatever reason, that possibility became associated – in my mind – with an episode in Thompson’s book on the Hell’s Angels.

Chapter 16 started off with a lengthy quote from Rebel Without a Cause.  (More precisely, the quote was from the book on which the James Dean movie was based.  Specifically, Robert M. Lindner‘s book published in 1944.  Thompson quoted Linder’s definition of psychopath.)

The main text of Chapter 16 started with, “On a run everybody gets wasted.”   Then – among other things – Thompson talked about habits “widespread in outlaw society,” including “tricks you pick up from drinking in bars when you’re broke.”

As an example, Thompson told the story of a Hell’s Angel who visited a non-Angel friend, and while there went to use the bathroom.  While in the bathroom, he looked through the medicine cabinet.  He found a bottle of orange pills “that looked like Dexedrine,” which he promptly gobbled up.  Later he confessed to his host, but only after he started feeling sick:

[H]e had taken a massive dose of cortisone, a drug well known for [its] unpredictable reactions and weird side effects.  The man whose pills had been eaten was not happy and told the Angel he would probably break out in a rash of boils and running sores that would keep him in agony for weeks.  On hearing this, the outlaw nervously retired to whatever bed he was using at the time.  The boils never came, but he said he felt sick and week and “queer all over” for about ten days.  When he recovered, he said the incident had taught him a valuable lesson:  he no longer had to worry about what kind of pills he ate, because his body could handle anything he put into it.

When I first read that – 30 or 40 years ago – I was flabbergasted by the “lesson learned.”  To me that lesson should have been:  Don’t take the &^%$ unknown pills in the first place!

Which leads me to this lesson on what will happen if Donald Trump is elected.  Some people will say:  “We shouldn’t have elected him in the first place!”  But others will likely say this:  “We learned a valuable lesson.  We no longer have to worry about who we elect as president.  No matter what kind of clown we elect, our body politic will be able to handle it!”

For that matter, some may say the same thing if Hillary gets elected… 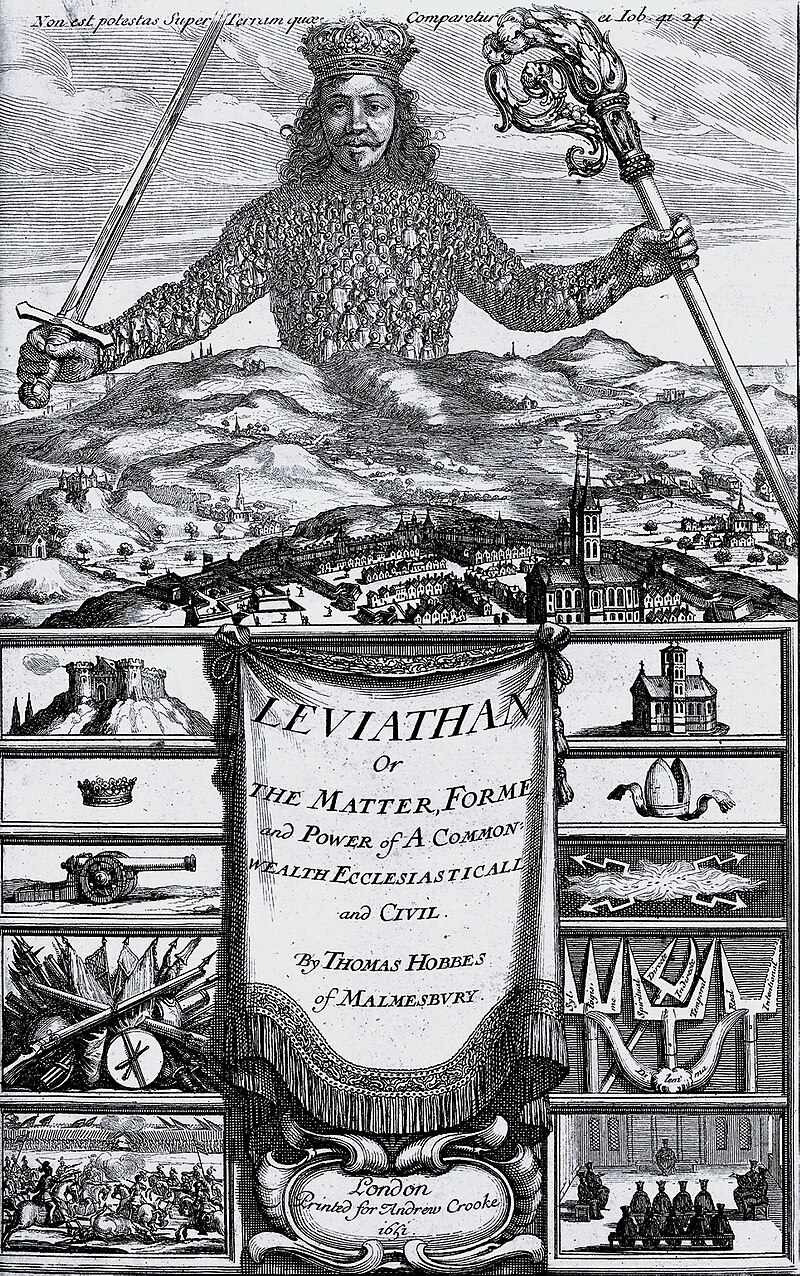 The upper image is courtesy of Bring Back Bernie Sanders. Clinton Might Actually Lose.  (Huffington Post.)  Which means that I wasn’t the first to come up with this idea of “Sanders as replacement.”  See also It’s Time To Bring Back Bernie (September 12, 2016, 9:30 p.m).

Re: “Self-guided mechanism.”  The phrase is based on the book by Maxwell Maltz, first published in 1960, Psycho-Cybernetics.  See also On sin and cybernetics, in my companion blog.

For a related story, see On the wisdom of Virgil – and an “Angel.”

Re:  “Internet … must be true.”  The “Bonjour” image is courtesy of ‘French model’ turns heads as hottest TV-ad star du jour.  See the full commercial at French Model Commercial … YouTube.

The “Ventura” image is courtesy of Jesse Ventura 2016 For President.

Also re: Jesse Ventura.  According to Wikipedia, Ventura “had no respect” for Vice President Dick Chene:  “a guy who got five deferments from the Vietnam War.  Clearly, he’s a coward. He wouldn’t go when it was his time to go.  And now he is a chickenhawk…  And he’s the guy that sanctioned all this torture by calling it ‘enhanced interrogation.'”  He added, “it’s a good thing I’m not president because I would prosecute every person that was involved in that torture,” during the “Bush II” administration.

Re:  The movie Rebel Without a Cause.  Wikipedia noted the “title was adopted from psychiatrist Robert M. Lindner‘s 1944 book, ‘Rebel Without a Cause: The Hypnoanalysis of a Criminal Psychopath.’ The film itself, however, does not reference Lindner’s book in any way.”  From Thompson’s book:

The psychopath, like the child, cannot delay the pleasures of gratification…  [H]is egotistical ambitions lead him to leap into headlines by daring performances.  Like a red thread the predominance of this mechanism runs through the history of every psychopath.

If that sounds familiar, see Former Obama aide calls Trump a ‘psychopath.’  But consider this from the “other side of the aisle:”  Donald Trump’s Simple Solutions to Tough Problems:  “Trump is an example of the Stupid Psychopath Problem.”  That was posted last March in the National Review.

The lower image is courtesy of Body politic – Wikipedia.  The full caption:  “The cover of Hobbes’ Leviathan famously portrays the metaphor [of a ‘body politic’] by showing a body formed of a multitude of citizens which is surmounted by a King’s head.”